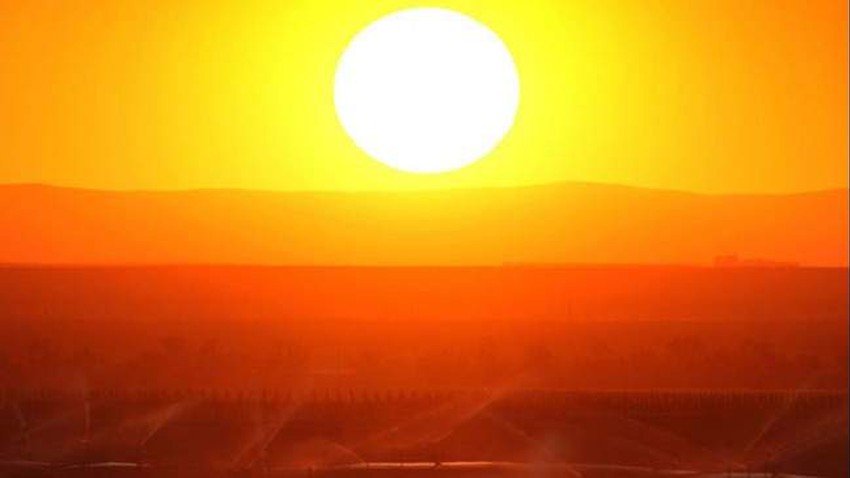 Arab weather - An area in Portugal shocked the world on Wednesday, July 13, 2022, by recording record high temperatures that exceeded the capital, Baghdad, and Kuwait City, which is usually at the fore in the list of the highest temperatures on earth. Details

The city of Lewis where the temperature exceeds 46 degrees Celsius

It is noteworthy that the Arab Regional Weather Center has shown a clear interest in this historical weather event that takes place in the European continent, which has always been characterized by extreme cold and snow, but climatic extremes have made the European continent sometimes hotter than the Arabian Peninsula. 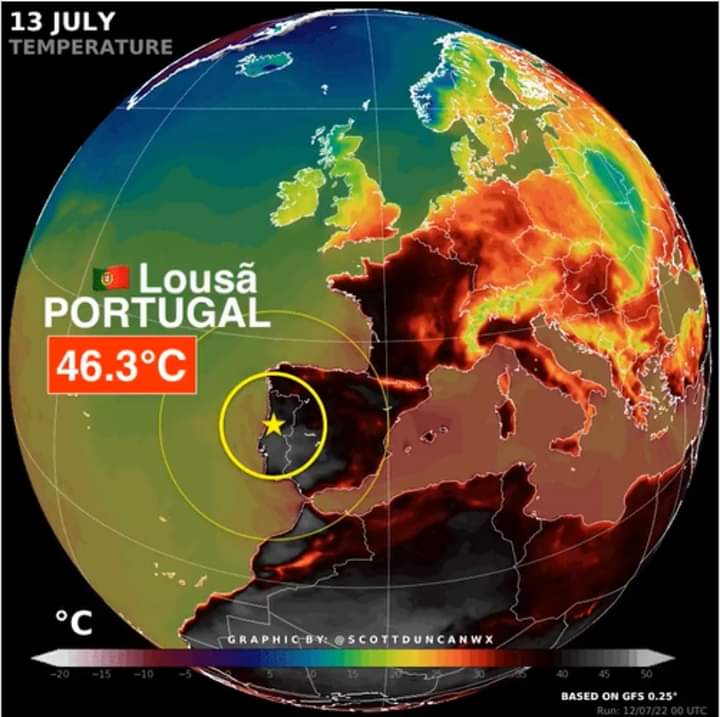 The weather forecast cadre (Arab weather forecasters) at the Air Operations Center has issued many weather reports and forecasts,
The heat wave is still at the beginning of its intensification on the European continent, as the readings of the processed numerical models indicate the deepening of the heat wave and its inclusion in additional countries, and thus the record temperature record may expand during the coming period.

To see temperature forecasts in your area and in European capitals for today and for the coming days, download the Arab Weather app from here