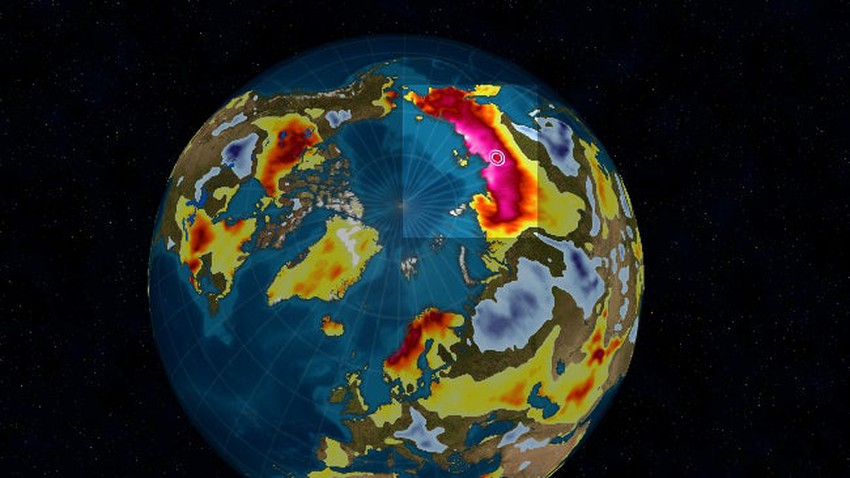 Arab Weather - A Russian heat wave set an all-time record in a Siberian city on Saturday 20 June 2020, perhaps the highest temperature recorded so far in the Arctic, in one of the coldest places on earth .

In "Verkhoyansk", a town in northeastern Russia, about 260 miles south of the Arctic coast and about 6 miles north of the Arctic Circle, the temperature reached 38 degrees Celsius (100.4) degrees Fahrenheit.

It is noteworthy that the temperature records in Verkhoyansk date back to 1885 .

It is noteworthy that the temperature decreased significantly in Verkhoyansk, where it recorded -67.8 degrees Celsius in 1892, and two cities in Russia's Yakutia historically compete for the coldest point in the northern hemisphere of the earth, namely Verkhoyansk and Oymakon, where temperatures were recorded - 67 degrees in Oimacon.

The temperature of 30 degrees Celsius in the summer is normal for the northern regions of Yakutia, but high temperatures often occur in July and not in June, according to the website "Russia Today"

The reason for this unpredictable weather in the Arctic, according to the head of the Yakutia Meteorological and Environmental Monitoring division, Tatyana Marshaliko, is due to a sharp continental climate in Yakutia with a strong counterattack from the east, but by 27 June the temperature in this city will drop to 15 degrees.