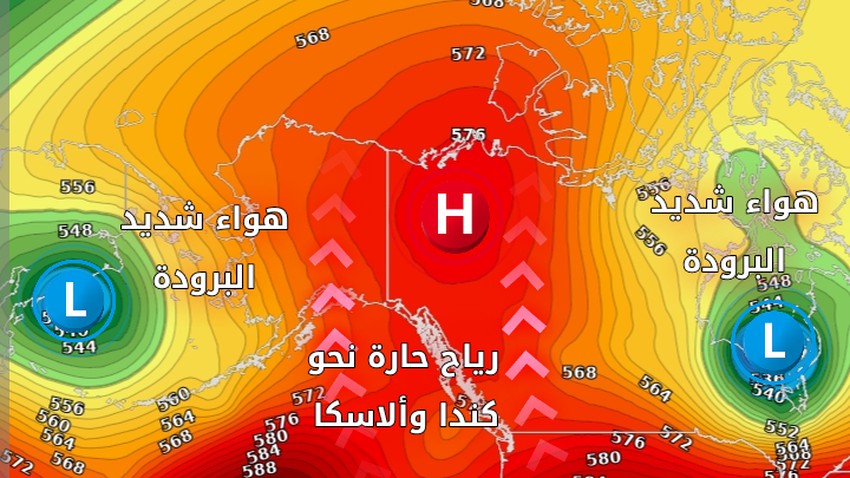 Weather of Arabia - Parts of North America, specifically Canada and Alaska, are affected during this weekend and early next week by a severe heat wave through which temperatures will rise sharply, with large areas of both countries recording very high temperatures despite the fact that these countries fall within the sub-polar shows.

With both Canada and Alaska affected by a severe heat wave, temperatures during the day rise to touch the thirties Celsius in many areas and may exceed that, especially in northern Canada at the beginning of next week, and with the deepening of the extremely hot air mass that causes the heat wave, it is expected that temperatures will be recorded in the thirties as well in The coasts of Canada and Alaska overlooking the Arctic Ocean, and hot weather coincides with the emergence of unstable weather conditions, during which heavy thunder showers of rain fall in some areas.

The scientific reason behind the occurrence of the heat wave is due to the rush of very cold air towards eastern North America and the rush of another very cold air towards western Russia, which led to the extension of a very hot air mass through the layers of the air near the surface of the earth, originating from the tropical latitudes, and it is accompanied by an air high expansion in The upper atmosphere.