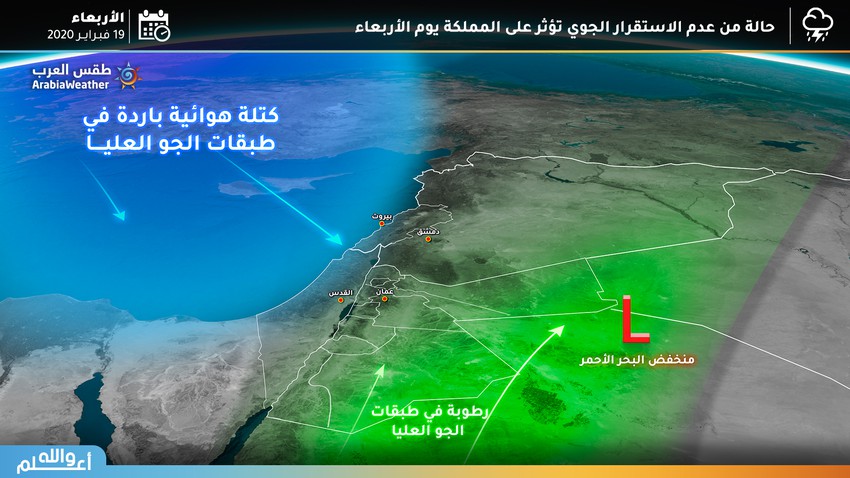 A state of air instability on Tuesday night and Wednesday ... and alerting of the formation of torrential rain in some areas

Weather of Arabia - As of Tuesday evening, the Kingdom is witnessing a state of atmospheric instability; accompanied by precipitation of varying intensity from thunderstorms, it may be heavy in some areas, especially with the hours of Tuesday / Wednesday night and Wednesday.

The effect of the instability continues on Wednesday

Cold and cloudy weather prevails on Wednesday in various regions, and showers of rain are expected at intervals, God willing, in different parts of the north, center and south of the Kingdom, including the province of Aqaba .

The temperature drops to 3-4 ° C below its normal levels .

Cold and cloudy weather at night ... and fog forecast

With night hours, the weather is generally cold and cloudy, and showers of thunderstorm continue in separate parts of the Kingdom, accompanied by showers of cold, especially in the south of the Kingdom .

Fog and clouds in contact with the surface of the earth are expected to form above the mountainous heights .