A strong and early heat wave to hit France, the temperature approaching 40 degrees in some areas on Saturday 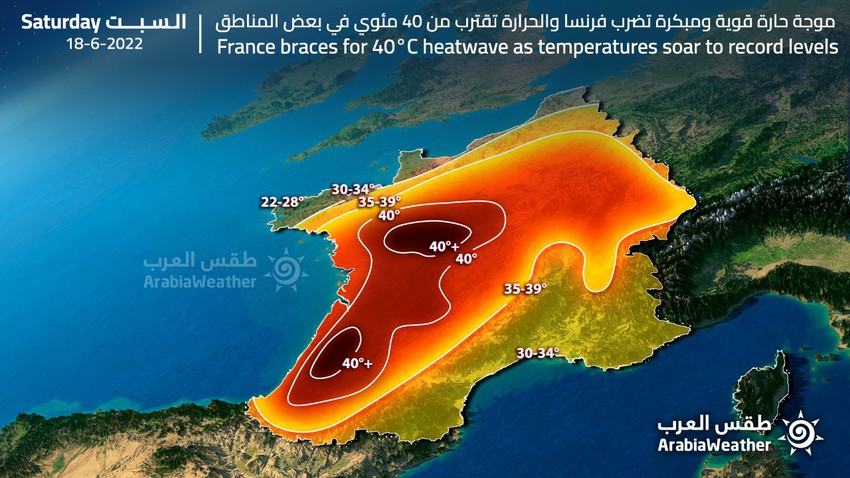 Weather of Arabia - The southwestern parts of the European continent have been affected during the past days by a heat wave as a result of the rush of a hot air mass originating from the African desert, and the temperatures recorded on Tuesday 6-14-2022 in the Spanish capital Madrid during the impact of the heat wave 40 degrees Celsius, which I described The Spanish Meteorological Agency called it the earliest heat wave in nearly 40 years.

The outputs of computer modeling in the Arab Weather Center indicate that the hot mass will extend to western Europe, to directly affect France on Friday, and its impact will deepen on Saturday, as a result of which temperatures will rise more than their normal rates by about 10-15 degrees Celsius, approaching the 40-degree barrier. Celsius in some areas, amid hot, exhausting and dry weather. 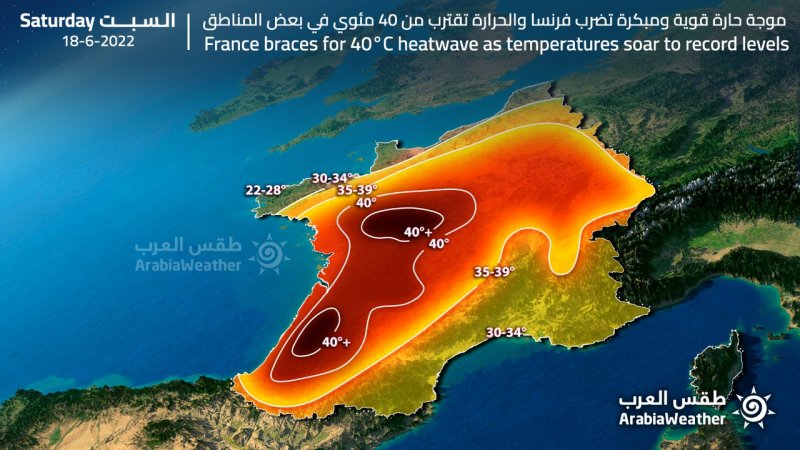 According to the same weather maps, it is expected that the hot mass will also penetrate into the depths of the European continent, causing a heat wave in parts of the west and center of the old continent, to include large parts of Germany, Belgium, the Netherlands, Switzerland and even parts of the British Isles with this weekend and early next week.

It is noteworthy that the African continent is the source of heat waves affecting the European continent, as the upper air rise has rapidly begun to intensify over North Africa during the past two days and is expected to continue its rush to center over the western European continent at the end of the week, so that this stubborn air rise in the upper layers of the atmosphere is working on Heating the air in the lower atmosphere due to a dynamic process called heating under pressure, by rebounding rising air currents from the earth's surface, and emitting "sunken currents" causing a sharp and significant rise in temperatures.