A study reveals: A huge amount of water vapor was emitted with the massive eruption of the Tonga volcano, which portends the worst Weather of Arabia - The massive volcanic eruption in Tonga, which shook the planet earlier this year, continues to baffle scientists around the world, and a new study has now revealed that the volcanic eruption caused the emission of a huge amount of water vapor in the stratosphere, which is what Enough to fill more than 58,000 Olympic-sized swimming pools, which has scientists worried about the impact on global temperatures.

The massive eruption of the Tonga volcano and its consequences

It also caused a shock wave that went off at the speed of sound and circled the planet twice in the hours after the explosion, and now scientists are concerned that the massive amount of water vapor emitted into the stratosphere could effectively affect Earth's average global temperature.

The study published in Geophysical Research Letters notes that the eruption not only injected ash into the stratosphere, but also injected large amounts of water vapor, breaking all records for direct injection of water vapor by volcano or otherwise. The explosion injected water vapor at altitudes of up to 53 km.

"We've never seen anything like it before," said Luis Millan, a NASA atmospheric scientist who led the study. The team of researchers estimates that the Tonga eruption sent about 146 teragrams (1 teragram) equal to one trillion grams) of water vapor into the Earth's stratosphere, which is equivalent to 10% of the water already in that atmosphere.

Using the Microwave Limb Sounder (MLS) instrument aboard the Aura satellite, the researchers measured atmospheric gases, including water vapor and ozone, and noted that the numbers peaked after the explosion. Scientists are concerned that the extra water vapor could affect the chemistry of the atmosphere, promoting certain chemical reactions that could temporarily worsen the depletion of the ozone layer that protects us from ultraviolet radiation, and even alter the circulation of air currents that control weather patterns. Also on the Earth's temperature.

Unlike large volcanic eruptions that cool the Earth,

This eruption could warm the Earth and increase the warming effect

Large volcanic eruptions often cool the Earth's climate, because the sulfur dioxide they release forms compounds that reflect sunlight coming back to the Earth, but the eruption of the Tonga volcano has a different effect because of the huge amount of water vapor that was emitted with it, as water vapor is a powerful greenhouse gas that It absorbs energy from the sun, and while sulfur dioxide dissipates in just a few years, water vapor remains for at least 5 years longer.

Examples of previous powerful volcanic eruptions that cooled the Earth include the Pinatubo volcano or the Krakatoa event of 1883 in Indonesia that cooled the Earth's surface temperature because gas, dust, and ash blown out reflected sunlight back into space. A "volcanic winter" occurred after the eruption of Mount Tambora in 1815, which led to the so-called "year without a summer" in 1816.

Scientists believe that the huge eruption of the Tonga volcano and the large amount of water vapor that was emitted with the eruption is due to the presence of the crater at a shallow depth under water (150 meters below sea level). Reducing the strength of the volcanic eruption. 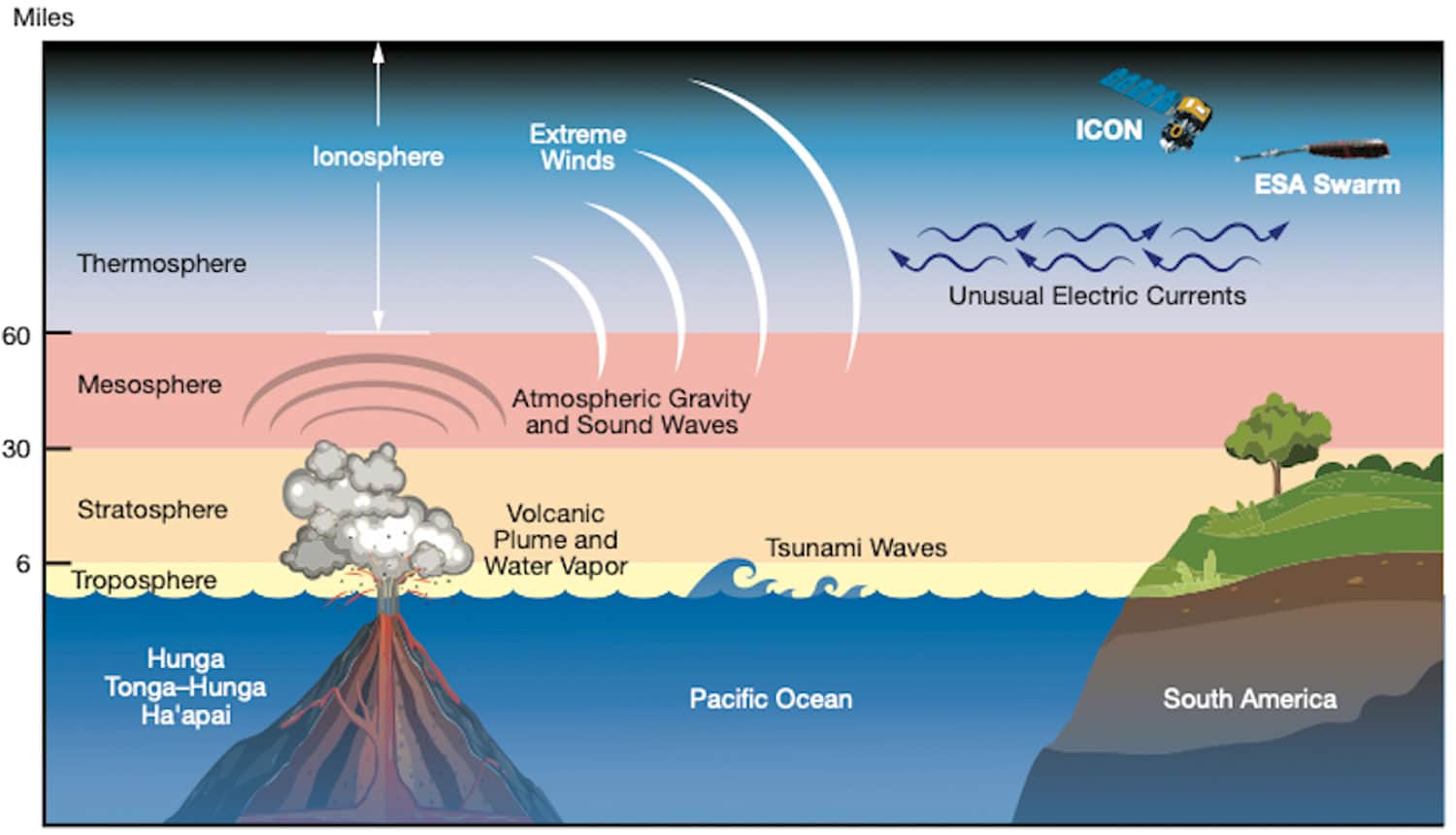 As the climate influences unfold, scientists are eagerly awaiting more new ideas about the volcanic eruption that proves unlike any other eruption they've seen.

Jordan | Education confirms: There is no delay in the school hours

Jordan - Ministry of Water and Irrigation: The general rainfall increased to 55% of the general average, and the dams’ storage reached 88.5 million cubic meters, or 31.5%.

Saudi Arabia: A warm mass affects several regions in the next two days, and another cold one gradually rushes into the Kingdom during the second half of the week

Saudi Arabia | With gusts exceeding 80 km... Wind activity and possible dust in some areas on Monday