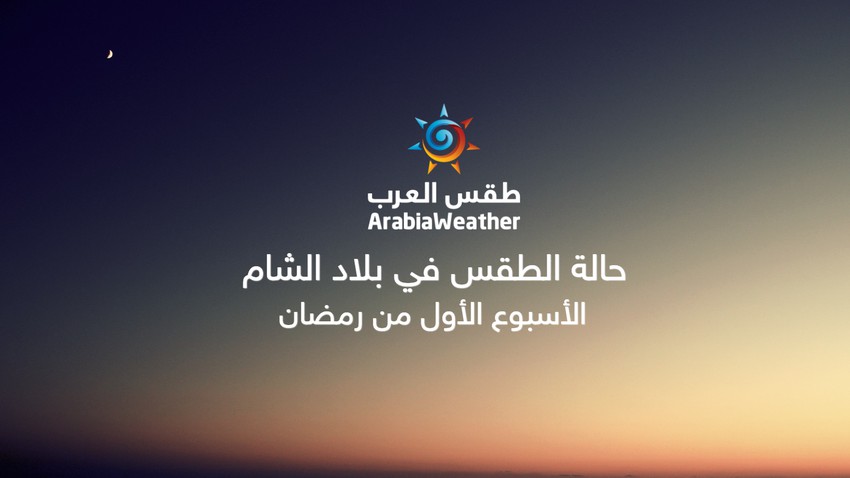 Arab Weather - The Levant is gradually affected by a warmer and drier than usual air mass rushing from the desert of the Arabian Peninsula, as of Thursday, as temperatures exceed their usual rates for this time of the year.

An extension of the Red Sea depression, starting from Thursday

The Red Sea depression is expected to expand towards the region, pushing with it a warm air mass and thus successive temperature rises, starting from Thursday, and the weather will turn into warm spring over most regions, and temperatures between the mid and late twenties are in the mountains, while they are thirty in the rest The areas are during the day, but at night, there is nice weather in the mountains.

The expected warm air mass is dry with low humidity levels due to its source from the Arabian Peninsula.

Increased effect of warm air mass on Friday and Saturday

Temperatures are clearly higher than their normal levels on Friday in the Levant, and starting from Saturday, the warm weather will intensify as the whole region of the Levant will experience a relatively hot climate.

Weather maps indicate a hot air mass rushing from Africa towards the Levant from Sunday, reaching its climax on Monday, so hot weather prevails in most regions of the Levant.