I Qes El - Arab - As of Friday evening, the Kingdom is expected to be affected by a first-rate (weakest) air depression according to the Arab weather classification to measure the severity of the depressions, as a result of a cold and moist air mass flowing across the eastern Greek islands and the Aegean Sea towards the eastern basin of the Mediterranean.

When does the effect of depression begin on the kingdom?

The flashing cold front is expected to cross the depression at midnight on Friday / Saturday, accompanied by varying intensity of rain in the north and center of the Kingdom and the southern mountainous highlands. Rainfall is accompanied by showers of hail and fog forming over the highlands.

This front is characterized by the fact that it will cross quickly, and its impact will recede on Saturday morning, but the opportunity continues to show separate showers of rain in the north and central of the Kingdom, God willing, with continued fog forming on the highlands and blowing active winds at a speed of up to 70 km / h 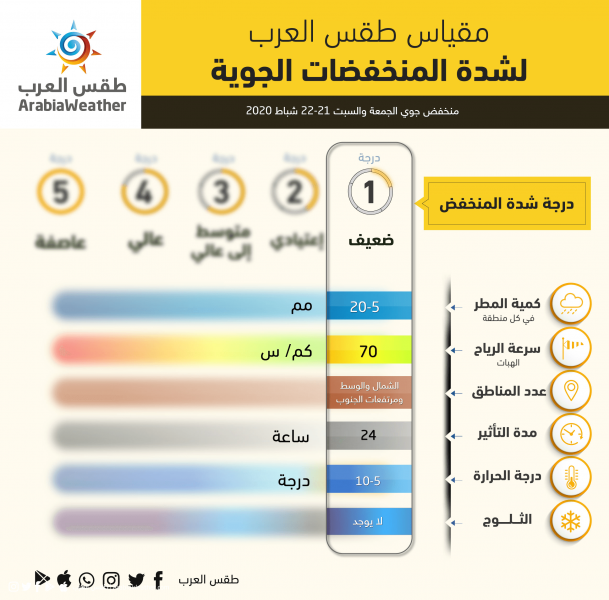 Jordan | Traffic stopped in Sweileh, transmission rises, and slight slips of vehicles as a result of freezing