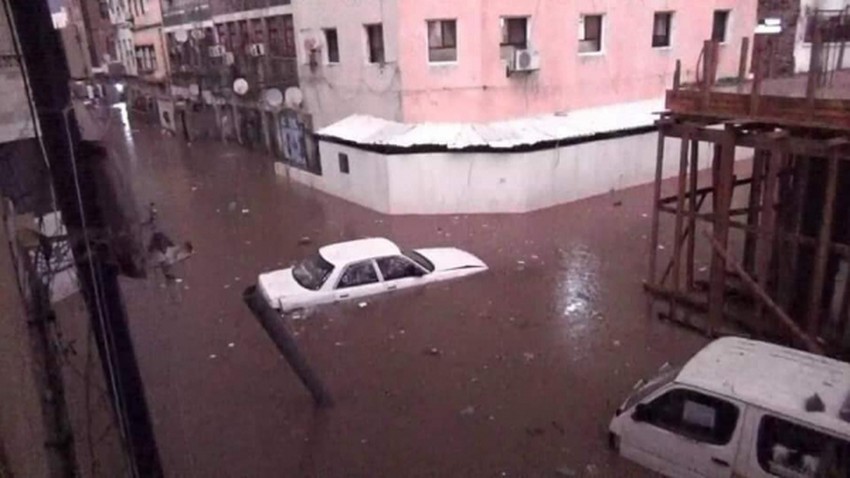 Aden, Yemen, flooded for the third time in 3 months

Arab Weather - The city of Aden in Yemen has been experiencing heavy rain since midnight on Wednesday, Thursday, causing torrential rains that sank some of the city's districts for the third time in 3 months

It affects several cities in Yemen since Monday, an orbital depression, which earlier affected the Sultanate of Oman, and was accompanied by heavy rains that inundated some neighborhoods, as well as a complete blackout .

On April 21, 2020 , terrifying floods flooded the streets and neighborhoods of the city of Aden in southern Yemen, killing 3 people, including a child, and causing property damage, as a result of heavy rains, which caused torrential torrents.

On March 25, 2020 , rain flooded the city's streets and caused massive damage to property, as torrents washed away hundreds of cars and surrounded residents inside their homes, in addition to disrupting movement and all aspects of life .

Arab Meteorological Day 2020 under the theme `Climate and Community Safety`