advanced alert | Heavy rains in the coming hours will affect the capital, Algiers 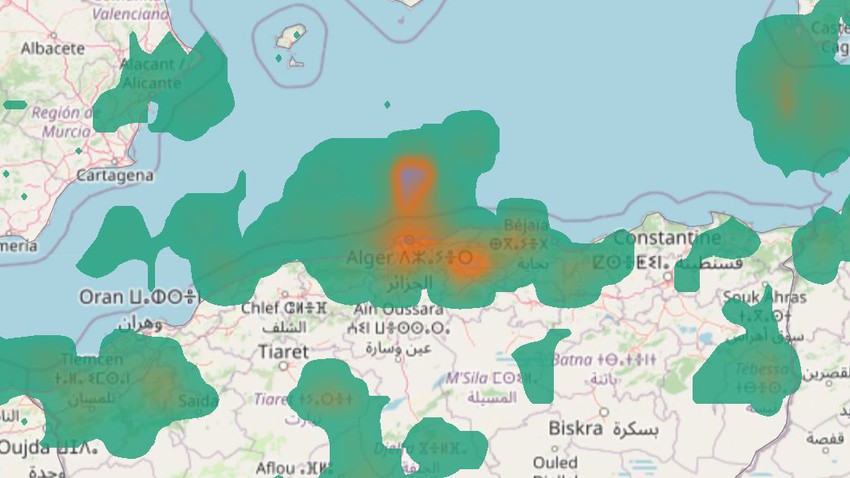 Arab Weather - The weather forecast staff in Arab weather monitors the thunder clouds accompanying the rainy situation and the possibility that the capital, Algeria, will be affected by strong cumulus clouds during the coming hours that may carry heavy rain with them, working on the occurrence of some weather phenomena, cloud activity, precipitation and high water levels on the roads, and these details:

In the details, the latest outputs of computer simulations of weather systems and rain forecasts indicate that the capital, Algiers, is affected by weather fluctuations, as it is expected to be affected by an air mass with high humidity coming from the Mediterranean Sea, causing unstable weather conditions, and rainfall of varying intensity, with a concentration of intensity Rain between the afternoon and evening of Saturday until the morning of Sunday. 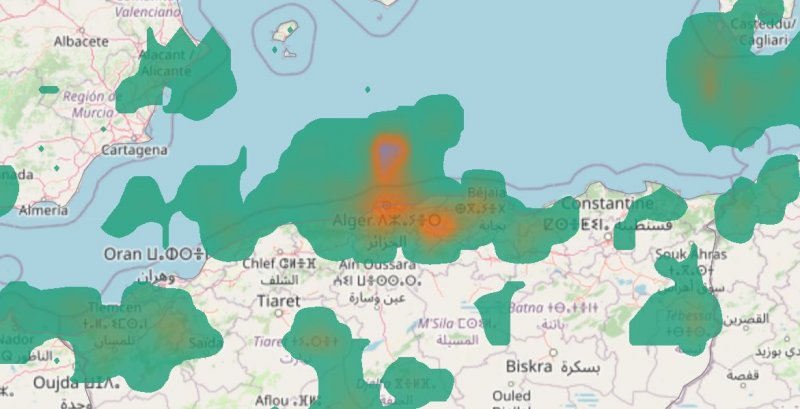 The nature of this expected weather condition takes on a local character, so that cumulus thunderclouds form randomly in the sky of the capital and its surrounding areas, and they are heavy in some areas, which may lead to the formation of torrential rains and a rise in the water level on the roads in some areas.

Intermittent rains in most regions of northern Algeria, calling attention to the formation of torrential rains in the coming hours