After approaching retirement, NASA reveals what the end of the International Space Station, which spent more than two decades in space, will be like 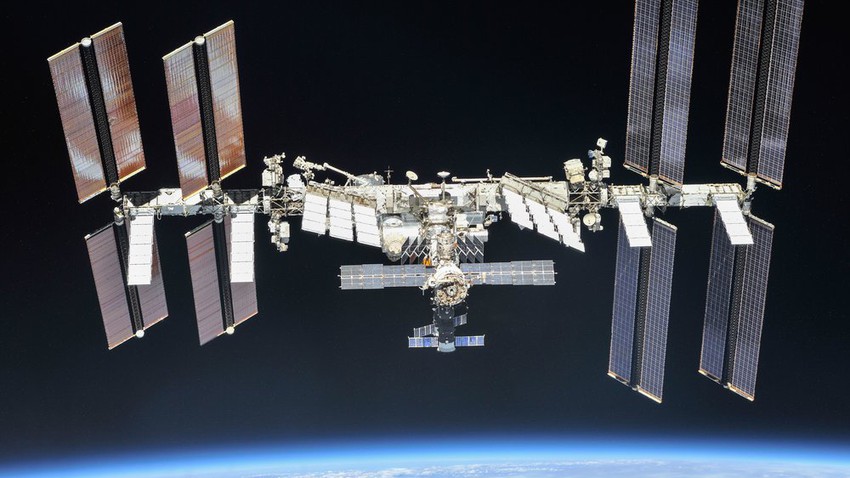 Weather of Arabia - Since the launch of the International Space Station (ISS) in 2000, the station has hosted more than 200 astronauts and has helped in countless scientific discoveries, and now the spacecraft is approaching its retirement, and like other spacecraft that have been terminated, NASA will drop the space station In a remote part of the Pacific Ocean, a controlled landing is planned for 2031, according to newly released details from the agency.

"Although the International Space Station will not last forever, NASA expects it will be able to operate safely until 2030," the report stated.

The station, which orbits at an altitude of 400 km above the Earth's surface, has served as a science laboratory for astronauts from 19 different countries. The International Space Station was assembled from several sections, beginning with the first piece launched aboard a Russian rocket in 1998, and after a few additions over two years, the station was ready to receive the first astronauts who arrived on November 2, 2000.

By 2011, the spacecraft was complete with five bedrooms, two bathrooms, a gym and a huge solar panel to capture energy from the sun. Over the past 20 years, the International Space Station has been able to host a regiment of about six astronauts simultaneously, maintaining a human presence in space.

To get out of orbit, the International Space Station will conduct thrust maneuvers that ensure "safe atmospheric entry," according to a NASA report.

The football field-length station will hit Earth at Point Nemo, a site in the Pacific Ocean that used to be called the "Starship Cemetery." Point Nemo is located about 3,000 miles off the east coast of New Zealand and 2,000 miles north of Antarctica and has been an unwanted target in space for decades. It is estimated that the United States, Russia, Japan and European space agencies have dumped more than 250 pieces of space debris at the site since 1971, according to a report on CNN.

Until the International Space Station comes to a close nine years from now, the agency plans to make the most of the station, including conducting research, promoting international cooperation and helping the private spaceflight industry gain more momentum, according to Mike Wall of Scientific American.

"The International Space Station is entering its third and most productive decade as the leading science platform in microgravity," Robin Gatines, director of the International Space Station at NASA Headquarters, said in a statement. "We look forward to maximizing these returns from the space station through 2030 with planning for the transition to commercial space destinations that will follow."

Next, NASA is looking for private companies to help maintain the International Space Station and build future stations. Houston-based Axiom Space has agreed to attach a specially built unit to the station as soon as 2024. In December last year, NASA awarded a total of $415 million to Blue Origin, Nanoracks and Northrop Grumman to build their own space according to Jennifer Hassan and Christian Davenport for The Washington Post. NASA plans to act as a customer, paying to send its own astronauts to use private space foci.

"The private sector is technically and financially capable of developing and operating commercial destinations in low Earth orbit, with NASA's help," says Phil McAllister, director of commercial space at NASA Headquarters, in a press release. “We look forward to sharing our lessons learned and operations experience with the private sector to help them develop safe, reliable and cost-effective destinations in space.”