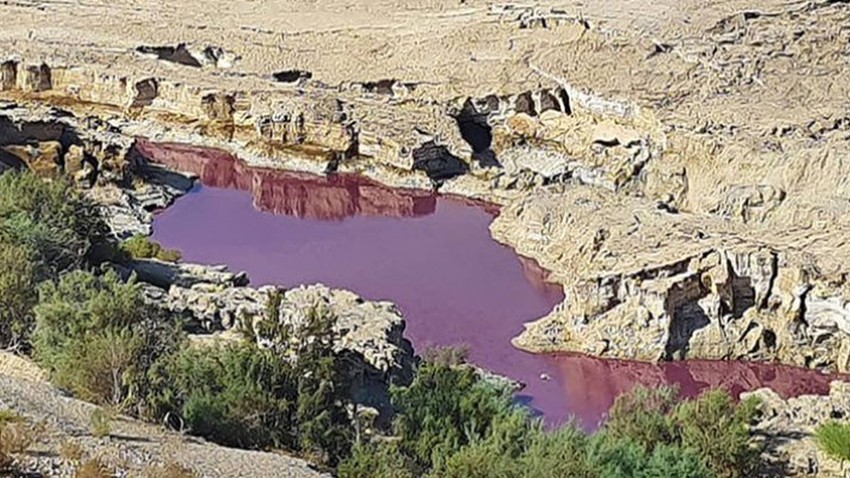 Weather of Arabia - The Secretary-General of the Jordan Valley Authority, Manar Mahasneh, revealed today, Sunday, the results of the "red water" tests that appeared in the Dead Sea, and raised questions on social media recently.

Mahasneh explained, "The manganese mineral is behind the red color of the water pool that appeared a few days ago near the Dead Sea," noting that "the results of the red water tests showed the presence of manganese in high quantities, and that it does not pose any danger."

She pointed out that there are other bodies that took samples of red water to conduct tests, and have not yet been informed of the results of the tests.

The residents of an area in the southern Jordan Valley, in the governorate of Karak, were surprised two weeks ago, when pools of red water of unknown origin appeared near the Dead Sea.