After the controversy raised by the image of the Sphinx with its eyes closed... Why did the Pharaohs build the Sphinx? And why it is called by that name? 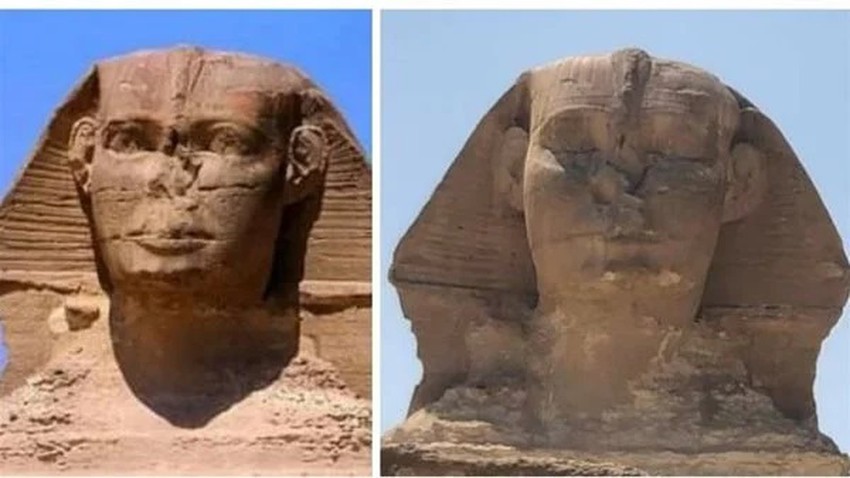 Weather of Arabia - A picture of the Sphinx, with its eyes closed, invaded social networking sites yesterday, which sparked widespread controversy about the reason for this sudden transformation in the appearance of the stone statue, and one of the most important symbols of the ancient Egyptian civilization.

The researcher, Ali Abu Dashish, commented on the image, that this is not true, and that the Sphinx did not close his eyes, and that the field of photography, Photoshop and graphics programs can now manipulate and control the technical features in a large way, and said: This is not the first rumor about the Sphinx. Over the course of time, the Sphinx was surrounded by magic and mystery, and because it is one of the icons of the ancient Egyptian civilization, it has always been the talk of the whole world.

But what is the Great Sphinx and why did the pharaohs build it? And why it is called by that name?

What is the Sphinx?

It is known that the statue of the Sphinx crouching in the Giza desert, standing forward with its back to the three pyramids, dates back to about 2500 BC and that it remained under the sand until 1939, only its head appeared from it until its detection began, and when they removed the sand from it, they did not find any inscriptions on it. Indicates its maker or its age.

The Great Sphinx is one of the greatest statues built by the ancient Egyptians. The body of the statue, carved in the form of a lion, is about 73.5 meters, including the length of the statue's front legs of 15 meters.

The width of the Great Sphinx is about 19.3 m, and the height of the statue from the surface of the ground until reaching the top of the statue's head is estimated at about 20 meters. 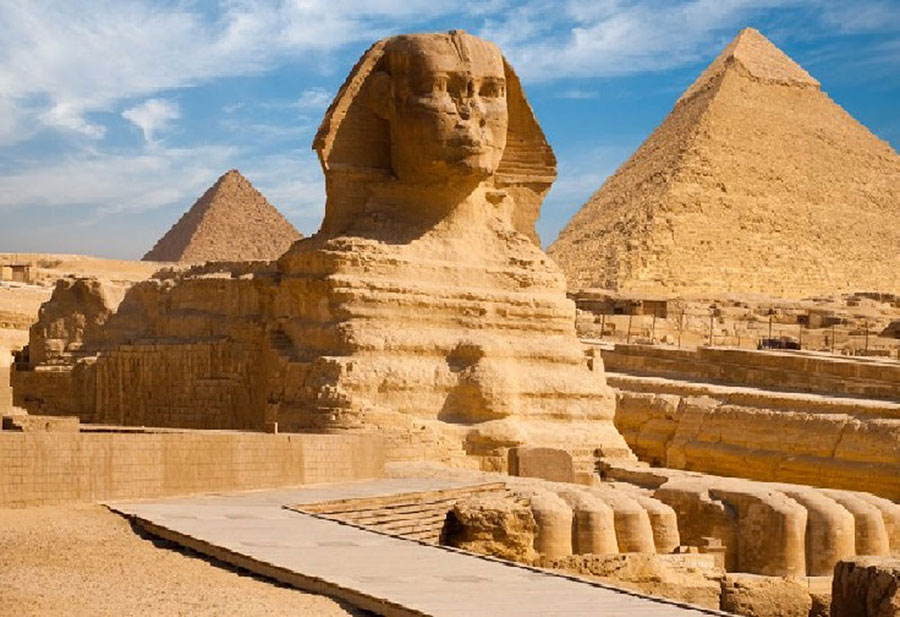 Why was the Sphinx so named?

Dr. Zahi Hawass, the former Minister of State for Egyptian Antiquities Affairs, and previously held the position of Director of Antiquities at Giza, wrote an article in which he reveals the reason for calling the Great Sphinx by this name, as it dates back to the ancient state, approximately 4500 years ago. It was called at the time by the name Roti, a sacred symbol for the ancients. In the Egyptians, it takes the form of a lion and its main function is to guard and protect.

Regarding the meaning of the word “Sphinx” in Arabic, Dr. Zahi Hawass confirmed that it is a distortion of the Pharaonic term “Bar Hawl” or “Bo Hawl”, which means house or place, meaning a place, house or sanctuary, Horus the Falcon, the symbol of ownership in ancient Egypt, and the word has been modified With the entry of the Arabs into Egypt by adding the Alif before Bu and converting the letter Ha to Ha, it was called the Sphinx, indicating that there are those who believe that this name is related to terror or panic, but this is not true.

Why built the pharaohs Sphinx?

Dr. Zahi Hawass said that there was a belief that the Sphinx was a symbol of the sun because it is located in front of the Temple of the Sun, or a temple that is erected west of the Nile River. When King Khafre, the son of King Khufu, built a pyramid next to his father, he gave orders to sculptors to carve the Sphinx In front of the huge Temple of the Sun, in order to make offerings to his deceased father.