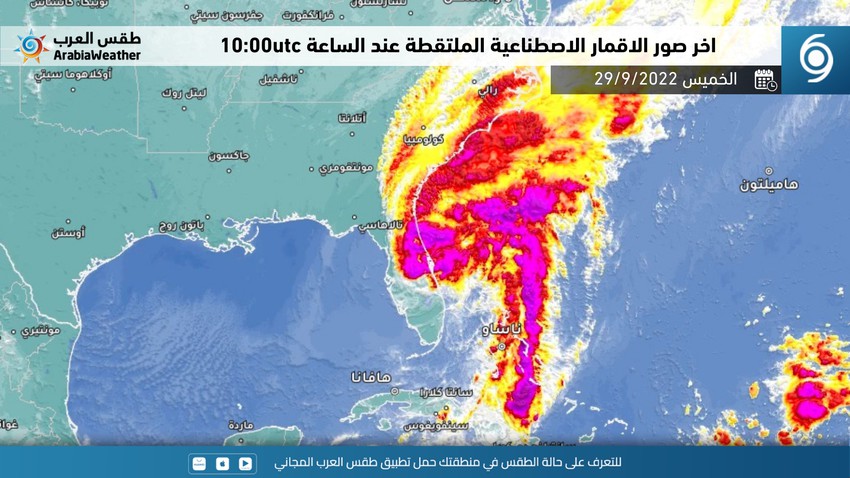 Weather of Arabia - Yesterday evening, Hurricane Ian, who was classified as a fourth degree, hit the US state of Florida, accompanied by strong winds that reached about 250 km / h, in addition to huge amounts of rain that exceeded 500 mm, causing floods and the sinking of many cities and towns.