After the eclipse ended.. these are the most beautiful photos and scenes that were documented during the live coverage of the special event 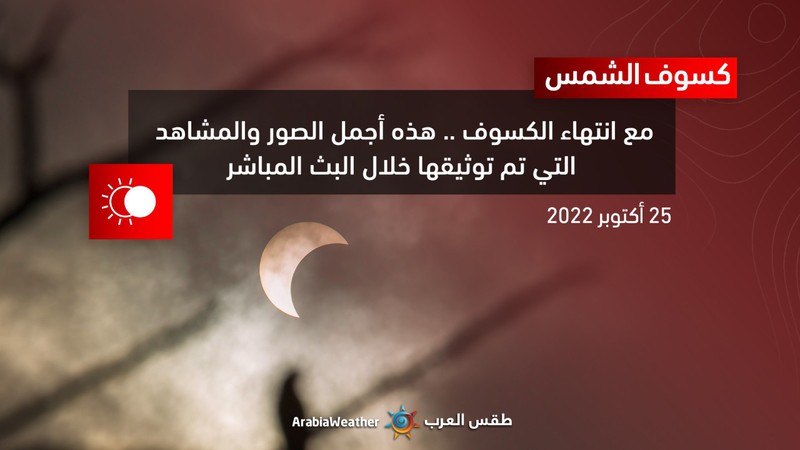 Arab weather - Tuesday was not an ordinary day, as Jordan and most Arab countries witnessed a rare event of a partial solar eclipse, which will not be repeated in Jordan until 2027.

The Arab Weather team, in cooperation with the Jordanian Astronomical Society, provided live coverage of the special event, which began at 12:59 in the afternoon and ended at approximately 3:23 in the evening. With all attendees provided with special safe glasses to look through the sun disk and watch it gradually diminish until the peak time, at which the moon covered the sun disk by 34%.

See also: After the eclipse ends in most regions of Saudi Arabia.. Pictures and tweets

These are the most beautiful pictures and scenes from the live broadcast, which ended at approximately 3:30. 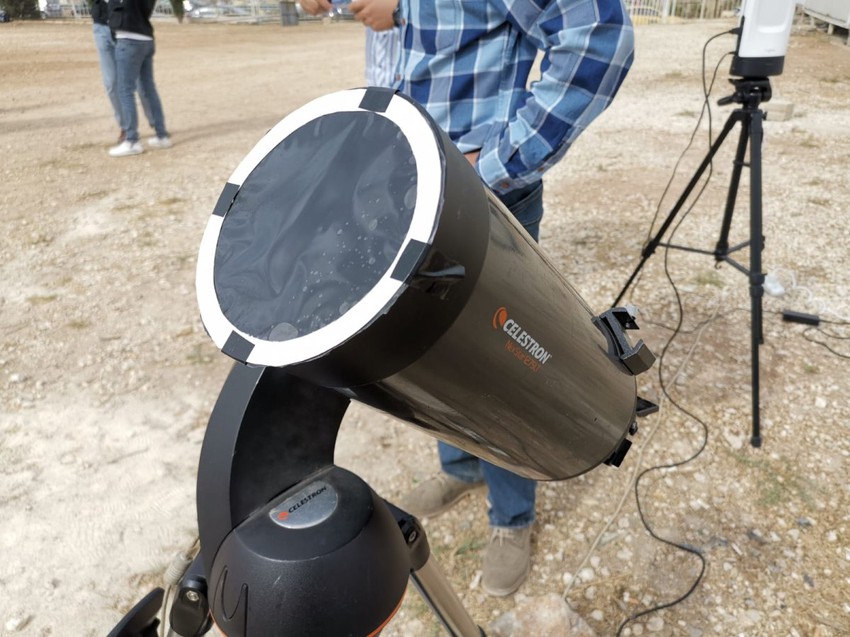 (The filter used on telescopes to safely observe the sun) 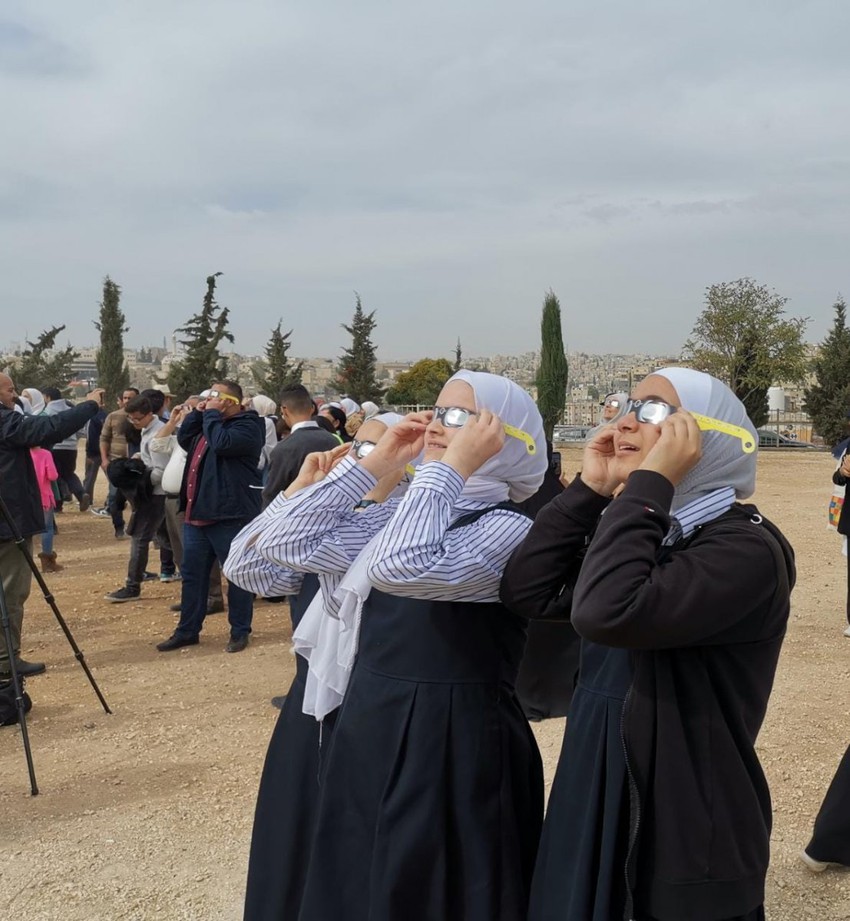 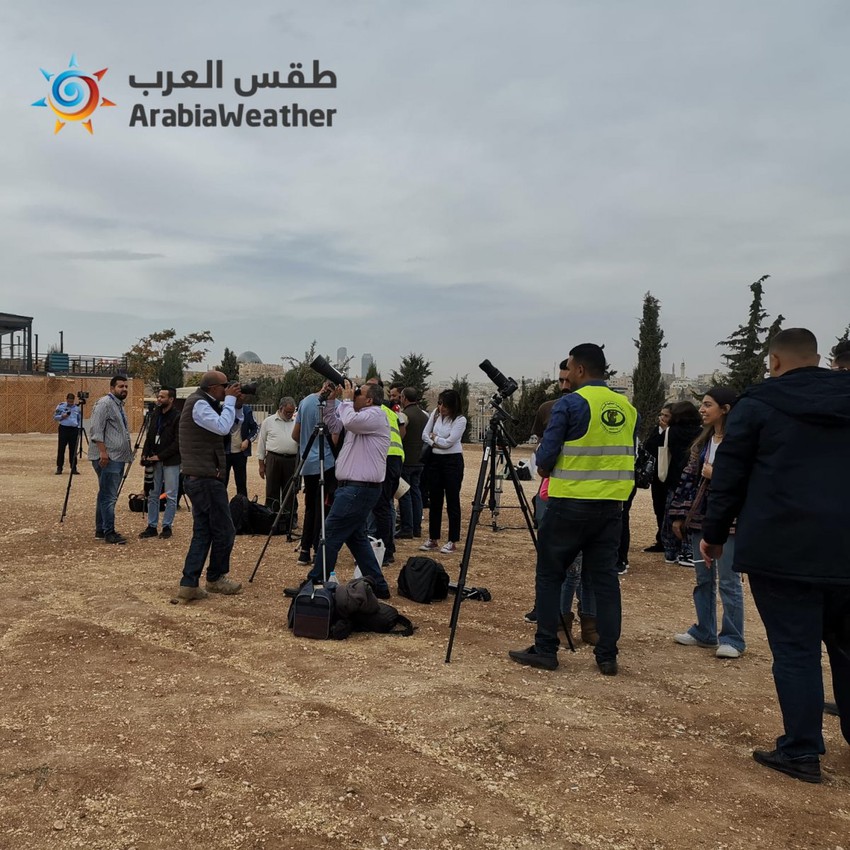 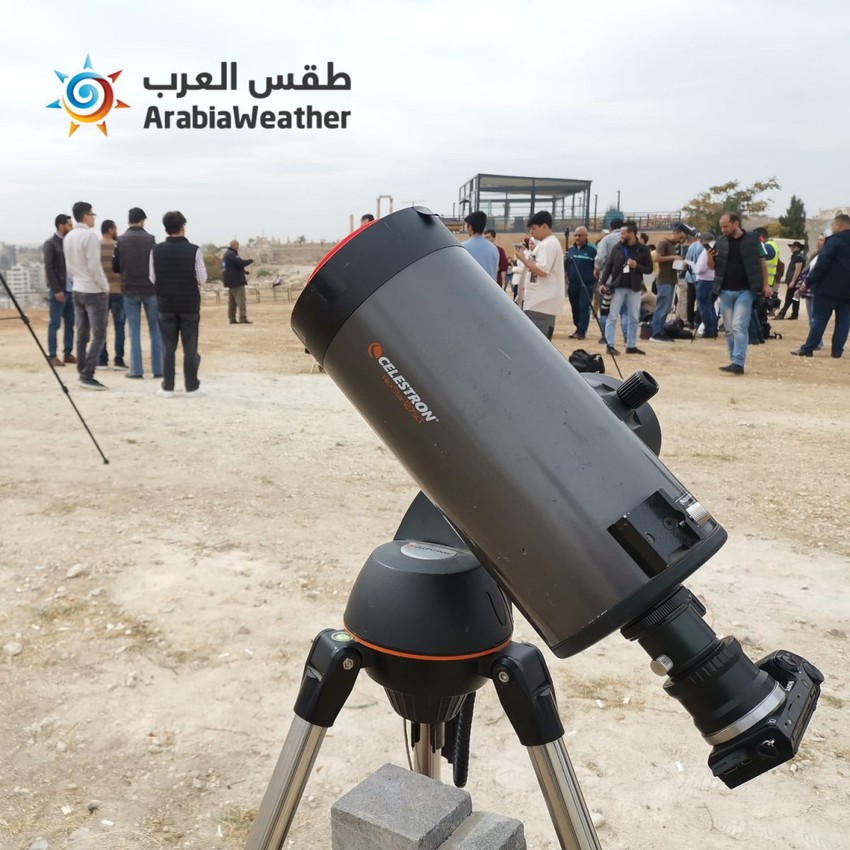 More: What is a solar eclipse? How does it happen? And what are its types?

Read also: How do we pray the eclipse prayer?