After the flood disaster, a dangerous explosion rocks the German city of Leverkusen 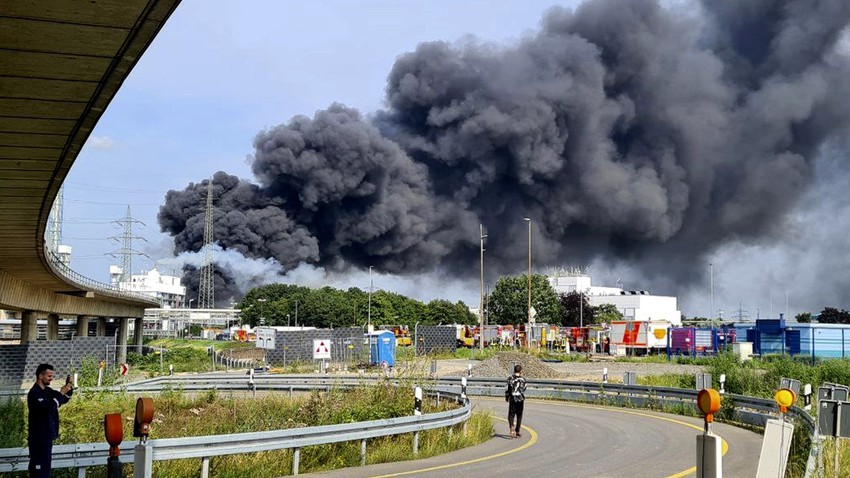 Weather of Arabia - About two weeks after the flood disaster, a violent explosion rocked the German city of Leverkusen on Tuesday (July 27), and the police in nearby Cologne said that they did not have information yet about the cause or size of the explosion and did not know of any injuries at this stage, but They asked all residents to stay indoors, warned people outside Leverkusen to avoid the area, and closed several major highways nearby.

The German news agency reported that the German Federal Office for Civil Protection and Disaster Assistance classified the explosion as a "severe threat" and asked residents to stay indoors and close windows and doors, for fear of chemicals leaking into homes.

The explosion occurred in one of the warehouses designated for the incineration of residues from the pharmaceutical and chemical company Bayer, at the Kimpark site in Leverkusen, about 20 kilometers north of Cologne on the Rhine River, and the explosion resulted in a large black cloud rising in the air.

Where the cloud of smoke moved in the northwest direction towards the towns of Borshid and Lichlingen. Firefighters were called in from all over the area to help put out the blaze.

Leverkusen is home to Bayer, one of Germany's largest chemical companies.