After the Gulf skies, a wave of heavy thunderstorms hit some western European countries. Details 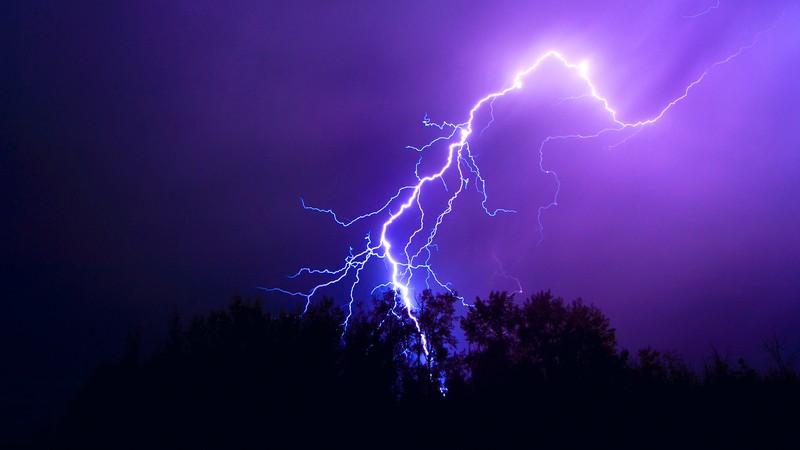 Weather of Arabia - The southwestern and western regions of the European continent were affected during the past days and until today, Wednesday, by a severe heat wave in which temperatures rose to record levels, and record temperatures led to hundreds of deaths, but after thermal extremes after the countries of Western Europe on a date with a wave Severe thunderstorms.Details

A cold air mass is rushing through the various layers of the atmosphere, especially the middle and high altitudes, coming from the northwest of the European continent, working to reduce the severe heat wave from the far north of Germany, reaching France, the Netherlands, Belgium and Germany, especially the northern parts of the coming days.

The rush of cold air in the middle and high layers of the atmosphere coincides with the storage of the Earth's surface for the extreme temperatures that were and still affect the west and southwest of the European continent, where a very strong state of atmospheric instability results in heavy to very heavy rains starting today. Over large parts of France, especially with the night hours, unstable weather conditions extend the coming days towards Belgium, the Netherlands and Germany, and later extend further north towards Denmark.

It is expected that heavy rains will be accompanied by severe thunderstorms and hail falling in high intensity and large sizes, amid a high probability of the formation of torrential torrents. It is reported that the same unstable weather conditions will include parts of the United Kingdom, but with less intensity.

While western Europe is affected by a severe rain wave, the weather maps in the Arab Regional Weather Center have led to the widening of the impact of the heat wave to wider countries of the European continent with the middle of the week to include all of the Scandinavian countries down to parts of southwestern Turkey so that maximum temperatures are recorded that exceed the middle of the week. Thirties Centennial.

Important recommendations from the Arab weather that it is necessary to pay attention to the dangers of long and direct exposure to the sun’s rays as a result of the high chances of sunstroke, and it also warns of the danger of ignition of fires in additional and forested areas of the European continent.

Saudi Arabia: Weather fluctuations that include chances of rain, a decrease in temperature, and active winds in some regions of the Kingdom in the middle and end of the week