After the inclusion of Al-Karak Secondary School in Jordan on the World Heritage List.. Here are the most prominent features that distinguish it from others 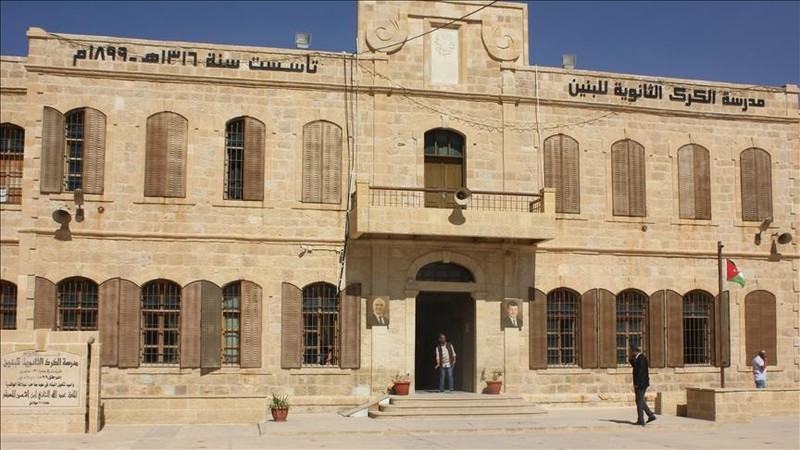 Weather of Arabia - Yesterday, Tuesday, an official ceremony was held in Al-Karak Governorate, in southern Jordan, on the occasion of the inclusion of Al-Karak Secondary School (Al-Rushdia School) on the main list of Islamic world heritage sites , as the Islamic World Educational, Cultural and Scientific Organization (ISESCO) included it in the list in October. The past, confirming the historical importance of this school.

In addition to being an educational edifice that testifies to the progress and prosperity of the educational process in Jordan, Al-Karak Secondary School is considered a very important tourist and historical landmark within the archaeological sites, and it is an important and unique example of Ottoman Islamic architecture, and there is nothing similar to its design in the Ottoman Empire except the Military Office. In Istanbul, that is, there is no Ottoman school with the design of the Karak school.

Al-Karak School is the oldest school in Jordan, and it is associated with an important stage in human history in general and Islamic history in particular, which is the Ottoman civilization, which makes it a unique and exceptional witness indicating Ottoman architecture in the Levant.

The "Al-Rashidia" school is located on a hill in the center of the city of Karak in southern Jordan, proud of its 123-year-old construction, to tell its unique design a deep history.

The establishment of the school began in 1893 and ended in 1899, as indicated by the marble plaque above its entrance. Education is still continuing there until the present time under the name of "Al-Karak Secondary School."

There are 15 schools in Jordan that are considered the oldest historically in the country, and they are distributed over the various governorates of the Kingdom, and the date of their establishment ranges between 1899 and 1923, but the two schools in Irbid and Al-Karak are the oldest, in addition to the Wadi Al-Seer School in the capital, Amman.