Al Sharqiya: Thunderstorms for the coming hours and renewed weather conditions with the second half of the week 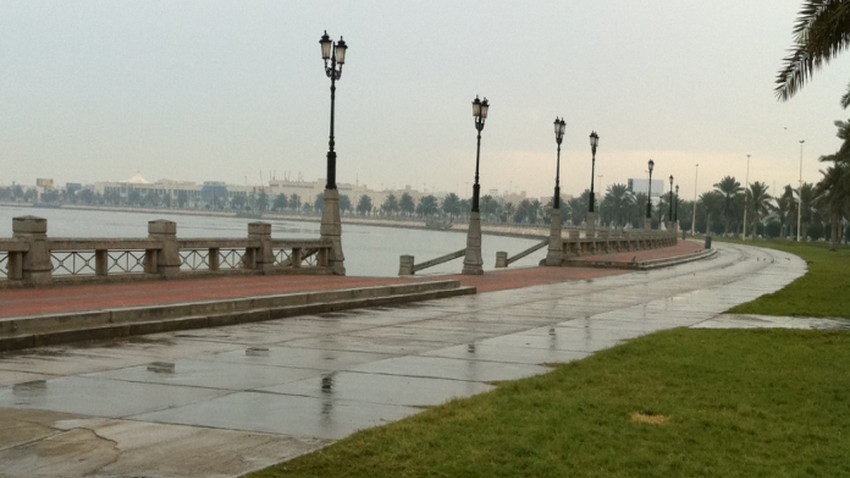 Weather of Arabia - The benefits of the weather continued to be watered by the grace of God in large parts of the Kingdom and during the past two days included parts of the eastern region, including Dammam and its environs, and more than the northwestern parts of the region near Al-Nairiyah and the villages of Al-Olaya and Khafji, and the precipitation was of varying intensity and tide with some foci Abundant, praise be to God.

The cold air front associated with the upper cold basin has begun to deepen towards the northeast of the country , and it is expected to move during the hours of Saturday night and until dawn on Sunday towards the region, with uniformity of warm and humid air currents rushing directly from the Arabian Sea, which means the continuation of the formation of rainy thunderstorms concentrated more west and north In the west of the region, the suburbs of Al-Rafiah , Al-Nairiyah and Khafji , it is also expected that some rain clouds will extend to a lesser extent in the areas of Jubail, Dammam, Al-Khobar and the rest of the coastal areas, and to a lesser extent in Al-Hasa .

Weather forecast for the rest of the current week

The latest weather updates issued by the Air Operations Room show the renewed unstable weather conditions over the Kingdom, including the eastern parts of the country, starting with the hours of Tuesday and until the end of the week as a result of a cold overflow rush from northwestern Saudi Arabia, passing through the Levant, in conjunction with the continuing rush of currents It is warm and humid from the Red Sea and the Arabian Sea, so thunder clouds are renewed on parts of the Eastern Region, especially Hafar Al-Batin, Nairiyah and Khafji, God willing, and it is also expected to include some coastal areas such as Dammam, Khobar, Jubail and its environs and perhaps Al-Hasa with the weekend in case updates are fixed Current air.