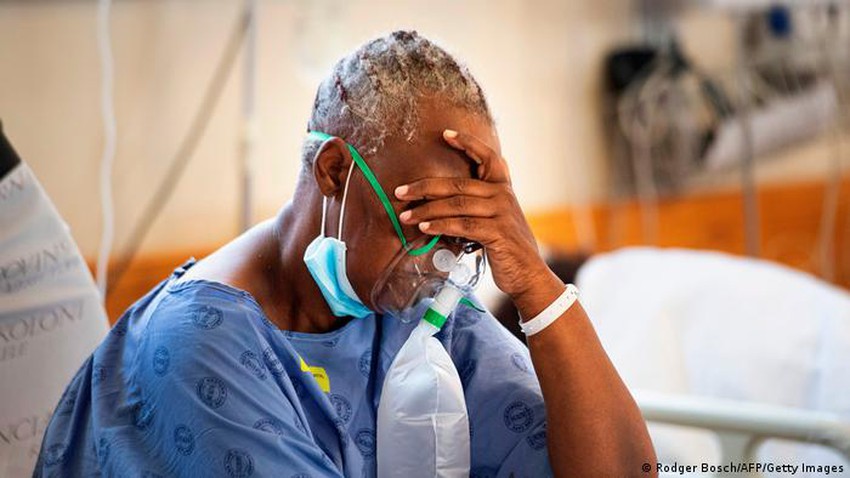 Weather of Arabia - Health data in South Africa showed an increase in hospitalizations of people infected with the new Corona virus by 300% in the region in which the "Omicron" mutant appeared, amid global fears that the new mutant would be faster spreading and more deadly.

What happens in the "focus" of the emergence of the new mutant?

Sources said that the Gauteng region, which includes the city of Johannesburg, recorded 580 hospitalizations due to infection with the Corona virus, during the current week, compared to 135 people hospitalized as a result of infection, two weeks ago, and this means a significant increase in the number of people suffering. More severe symptoms caused by infection with the virus.

The epidemiological situation is worsening in this African country, while figures indicate that less than 40% of the population of the Gauteng region received the first dose of the vaccine , as   The vaccination rate in this region, which has a population of 12 million, is the third lowest in the country.

Last week, the "Omicron" mutant was detected in 77 cases of infection in the region, amid fears that it will be the fastest spreading so far, and may affect the immunity conferred by vaccination, due to the large number of mutations.

But South African health officials reported reassuring news, saying that the symptoms that appeared on those infected with the new mutation appeared to be moderate.

Angelique Cotes, a member of the South African Medical Association, said symptoms from the new mutation appeared to be mild "compared to those treated before".

She added that these symptoms range from fatigue and muscle pain, adding: "What we have noticed so far, is that those who have contracted it, do not suffer from a loss of their senses of smell and taste , and they also have a slight cough."

She indicated that some of those infected with the new mutation of the emerging corona virus are subject to treatment in their homes, which means that their condition is not dangerous .

Scientists are still waiting to obtain sufficient data on who has been infected to determine the severity of the new mutation, and whether it is actually able to undermine the efficacy of vaccines against infection.