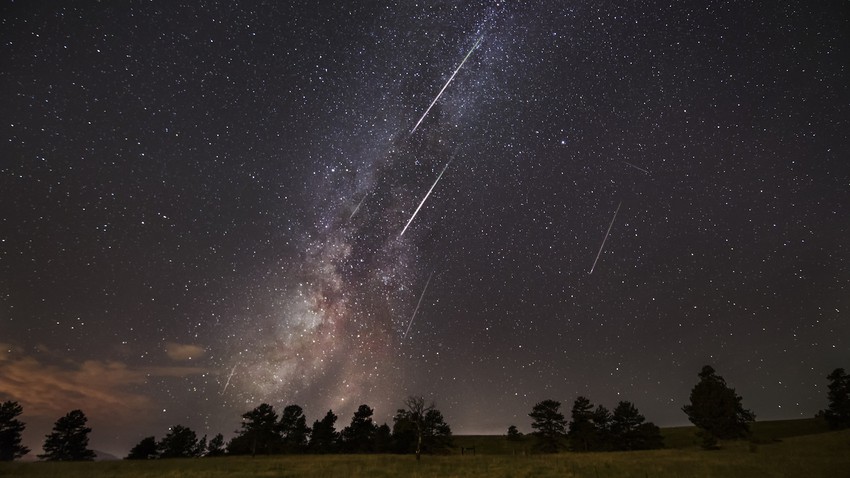 Weather of Arabia - In the summer of every year, and from July 14 to August 24, the northern hemisphere is covered by a bright shower of Perseid meteor showers, and meteors are small pieces of space rock and dust that burn after entering the atmosphere Earth's atmosphere.

One of the most famous meteor showers that occurs each year, the Perseid meteor showers light up the night sky with remnants of comet Swift-Tuttle that burn up in the atmosphere as the Earth passes through it as it orbits the sun.

Perseid showers peak on August 11-13, when up to 100 meteors can be seen per hour, but it is also possible to catch a large number of bright meteors before or after this period, especially in the pre-dawn hours.