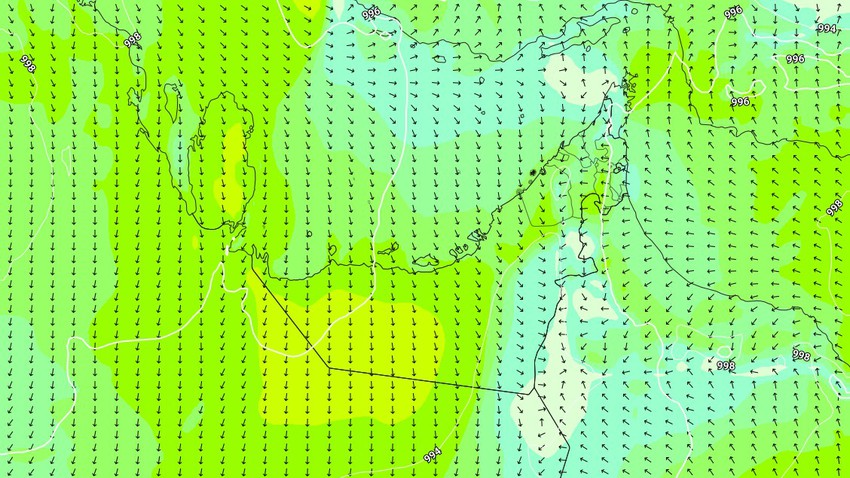 Arab Weather - The weather maps in the Arab Regional Weather Center indicate that the State of Qatar and the western coastal and interior regions of the Emirates were affected on Monday by active winds, accompanied by strong to severe gusts, sometimes with a speed of up to 70 km / h, especially in the interior of Qatar, as a result of differences in atmospheric pressure. In the region, the formation of a low temperature over the Sultanate of Oman offset by higher atmospheric pressure values over Iraq and Kuwait.

Alert from dust and rising sea waves in the Arabian Gulf

It is expected, God willing, that the northwest winds on Qatar and the western Emirates will be laden with transported dust, and also work to stir up dust and dust and may form dust waves in the interior regions, which leads to a noticeable decrease in the range of horizontal visibility, and at the same time there is a gradual disturbance of sea waves on the beaches Qatar and the western coast of the Emirates, where the waves range between one and one and a half meters in height, while it exceeds one and a half meters in the depth of the Arabian Gulf.

The Arab Weather website warns of the danger of high levels of dust in the atmosphere, its impact on respiratory and eye patients, the extent of horizontal vision, and the danger of turbulence and rising sea waves near the coast and in the depth.