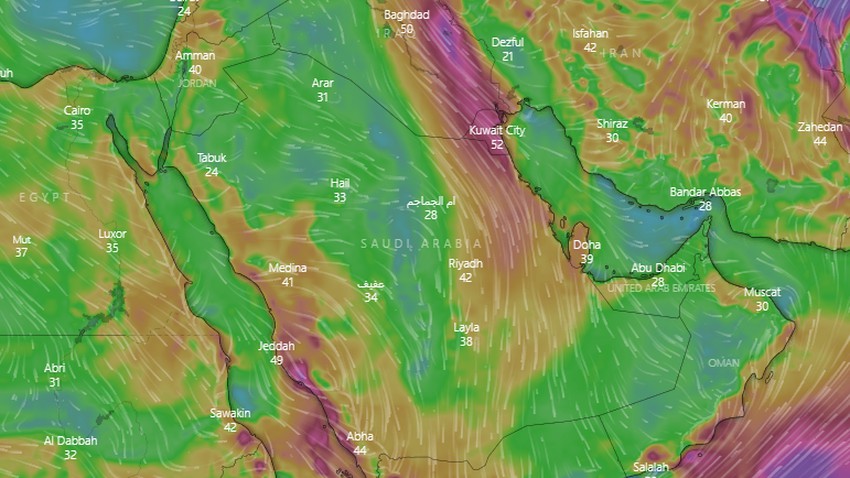 Arab Weather - Sinan Khalaf - The latest output of the computer simulation systems for wind forecasts indicates a remarkable activity of the movement of surface winds, known locally as the Al-Bawareh winds, from today, Wednesday, until Sunday.

New waves of dust from Friday

It is expected that the effects of the Al-Bawareh winds and the dusty weather that will accompany them, starting from Wednesday, will include southern Iraq, Al-Kuyat and all the interior parts of the eastern region with varying severity , and sometimes extend towards the eastern parts of the Riyadh region administratively, and the Arab weather will issue more details about dust forecasts during The coming days across its various platforms. 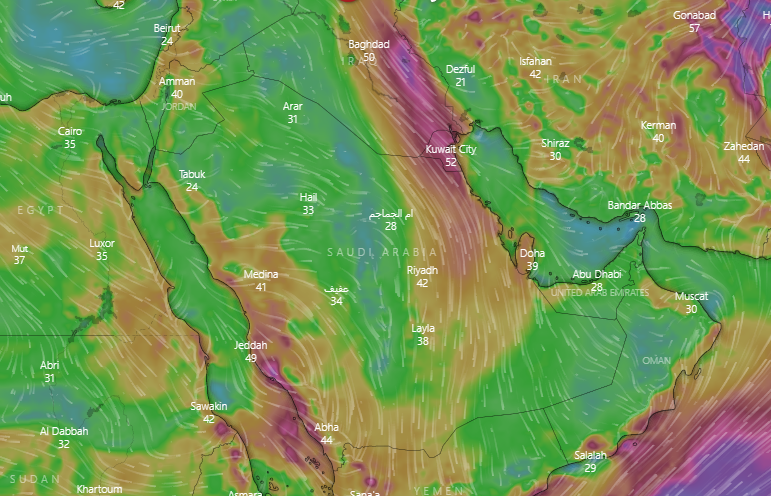