alert | Opportunities for the formation of fog, which may be thick at times, on parts of Qatar and Bahrain 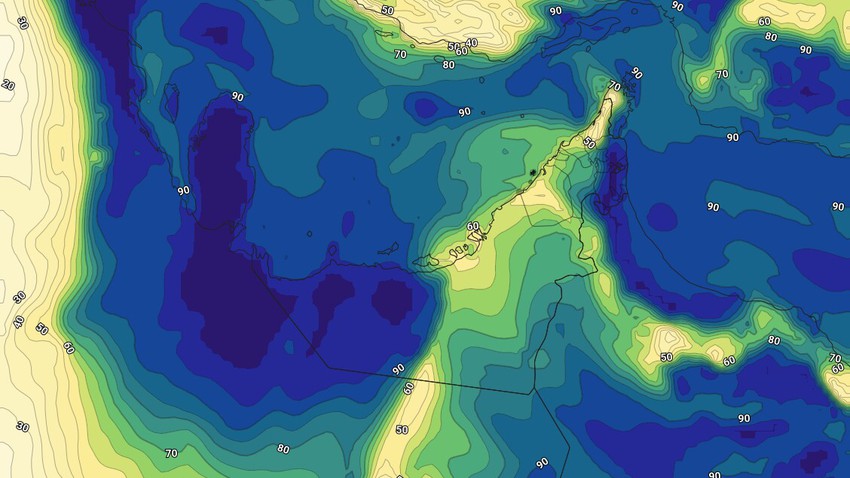 Arab Weather - The latest output of the numerical weather models processed by the Air Operations Department at the Arab Regional Weather Center indicates the monitoring of opportunities for fog formation over some internal and coastal areas of the Emirates, starting from Sunday night / Monday, especially in the western interior regions of the country, especially Madinat Zayed, in addition to parts From the eastern regions, chances of fog forming over some interior and coastal regions will continue until the middle of the week.

It is expected, God willing, that the chances of fog formation will start from the late night hours during the coming days and will continue during the early morning and dawn hours, and the fog will begin after sunrise to gradually decline as a result of the rise in the surface temperature of the earth.

It is not excluded that the fog will be thick at times, causing a decrease in the horizontal visibility of less than 1000 meters during the peak period, especially in the interior regions of the Emirates and Qatar.

What is the reason for the expected formation of thick fog?

The expected fog in the south of the Arabian Gulf is one of the types, which is radioactive fog, and the scientific reason for its formation is due to the rush of air currents saturated with moisture moving from the Arabian Gulf towards the land, coinciding with the atmosphere free of clouds where temperatures drop and the surface of the earth cools rapidly, coinciding with the stillness Wind speed, where condensation occurs and fog forms.

Here, it should be noted that the chances of fog will continue until the late morning hours, so the Arab Weather website advises, in light of the foggy conditions, to: