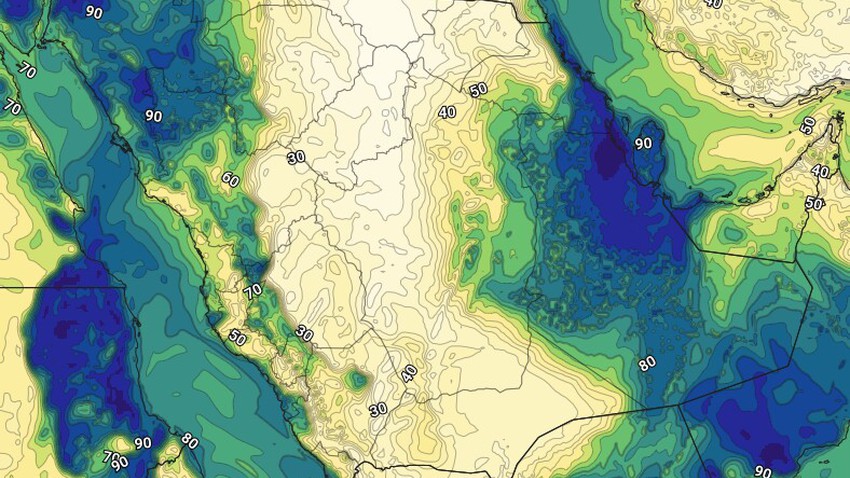 Arab Weather - The latest analyzes of the outputs of numerical weather models processed by the Arab Regional Weather Center indicate a high chance of fog formation in parts of eastern Saudi Arabia, specifically Hofuf Governorate and its administrative regions.

The chances of fog formation also extend to many parts of Bahrain, to the south and east of Qatar, starting from the late night hours of Tuesday/Wednesday night until the morning hours of Wednesday.

Fog may be thick and start to clear on Wednesday morning

After that, the fog begins to gradually fade during the late morning hours as a result of the rise in the surface temperature of the earth, and it is not excluded that the fog will be thick at times, causing a decrease and possibly a lack of horizontal visibility for some time, which affects the ease of movement on the roads, especially the international road that connects Saudi Arabia in Qatar.

The reason for the high chance of fog formation in those areas is due to the presence of very humid air currents, which cause the humidity to rise by more than 90%, coinciding with the stillness of the wind speed and the clarity of the atmosphere, where radioactive fog is formed.

Video | After recording 48.3 degrees Celsius .. a mass breakdown of vehicles in the city of Jeddah as a result of the intense heat

A total lunar eclipse tonight..and these are the areas that will witness it