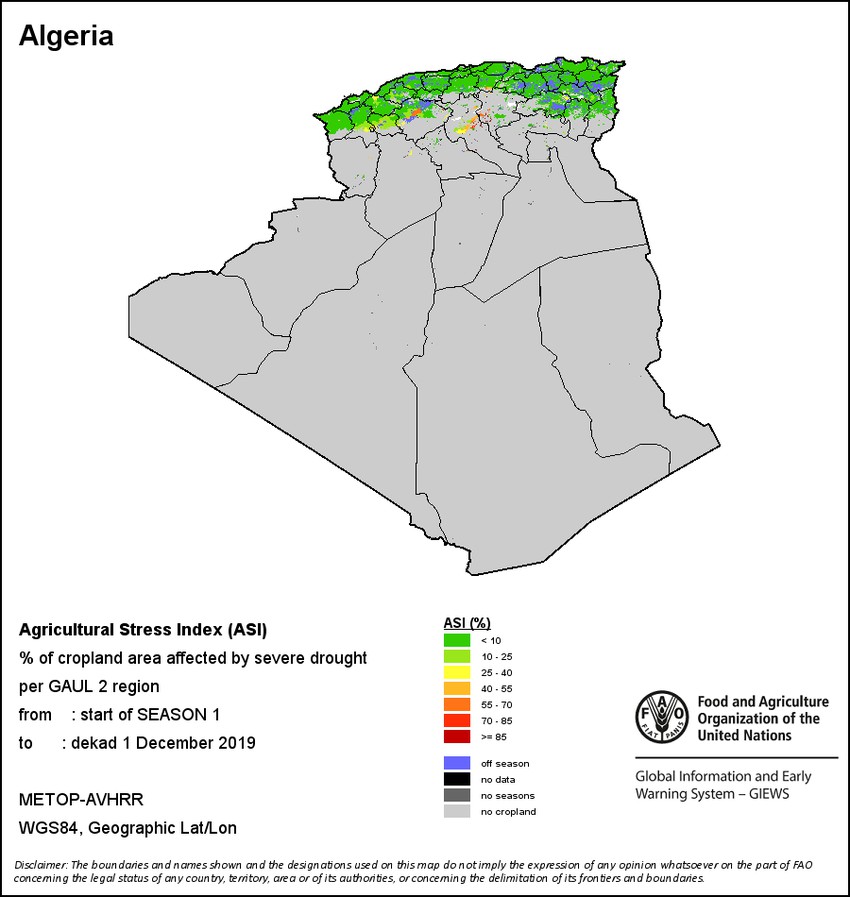 Algeria ... a distinguished rain performance since the beginning of the season

Weather of Arabia - The Food and Agriculture Organization published its monthly report on rain performance in Algeria, where it was found that the rains were higher than their rates in various northwest, central and eastern regions, but the best performance was in the eastern regions and also the western center (the states of Tiaret - Tissemsilt - Ain Defla Chlef & Tipaza).

Algeria has been subjected to a series of depressions since the beginning of the season, the share of November was 8 of which were active air depressures, and Jijel alone recorded during the month of November more than 250 mm.

From the beginning of December until the date of writing this article, the provinces of Annaba and El Taref recorded approximately 80 mm added to the previous amount recorded during the months of October and November, where the total amount is close to half the amount of rain during the whole season.

The Arab weather, through its monthly and also seasonal bulletin, issued many alerts to Algeria about remarkable activity in the depressions during the months of October - November and December with expectations that the amounts of rain will be higher than their rates and temperatures around to less than their rates.

Rain cut off from the countries of the Maghreb What are the reasons?

What is the climate and what are its types?