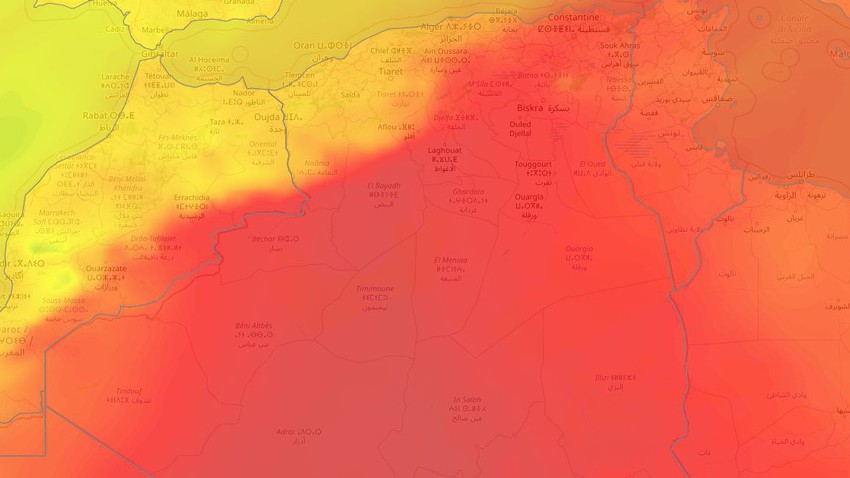 Arab weather - the western parts of the European continent are affected by a series of cold air masses, which worked on the flow of a moderately hot air mass west of the Republic of Algeria, coinciding with the concentration of the upper air altitude in the east of the republic accompanied by a hot air mass in the eastern parts.

In the details, the hot mass that affected the republic in the past period in the east has receded, and the capital and most of the northwestern cities are far from this hot air mass, while the eastern region has remained suffering from it and the central and southern parts of course, as the eastern, central and southern parts of Algeria live in high temperatures. Much higher than their normal rates, in contrast, temperatures are recorded below their normal rates in the western parts, and the winds are southeasterly to southwesterly moderate, sometimes active, and they are dusty and dusty in many areas, especially desert areas.

During the night hours, a warm atmosphere prevails in most of the central and southern regions, while it may tend to be cool in the late night hours in the northwestern regions, including the coastal ones. The surface humidity levels also rise and light fog forms on the northern parts that may extend to some coastal areas.

In these circumstances, the Arab Weather warns of: