Algeria: a hot air mass is rushing to the north of the country in the coming days 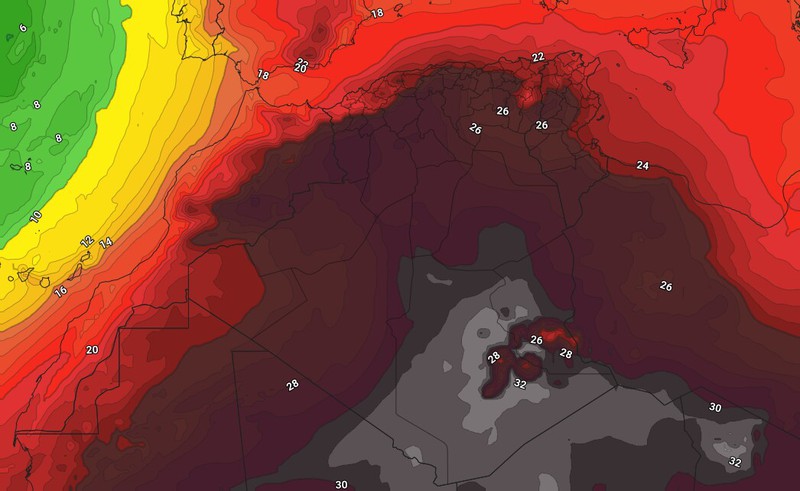 Arab weather - Weather maps indicate expectations of a hot air mass rushing to the northern parts of Algeria, causing significant and successive rises in temperatures, amid generally weak chances of scattered showers of rain in some areas, God willing.

A hot air mass is rushing to northern Algeria, starting from Tuesday

In the details, it is expected that dry and hot air currents originating from the Great Arabian Desert will rush towards northern Algeria, to raise temperatures significantly as of Tuesday 31-5-2022 to become higher than their rates for this time of the year by 6-8 degrees Celsius, and The weather is hot in the northern interior regions and very hot in the southern regions, coinciding with the activity of south winds in the west of the country, raising dust and dust.

It is expected that the hot air mass will deepen on Wednesday, becoming more than 10 degrees Celsius higher than its normal rates, amid hot to very hot weather throughout the interior. With a chance of scattered showers of rain in some limited areas.