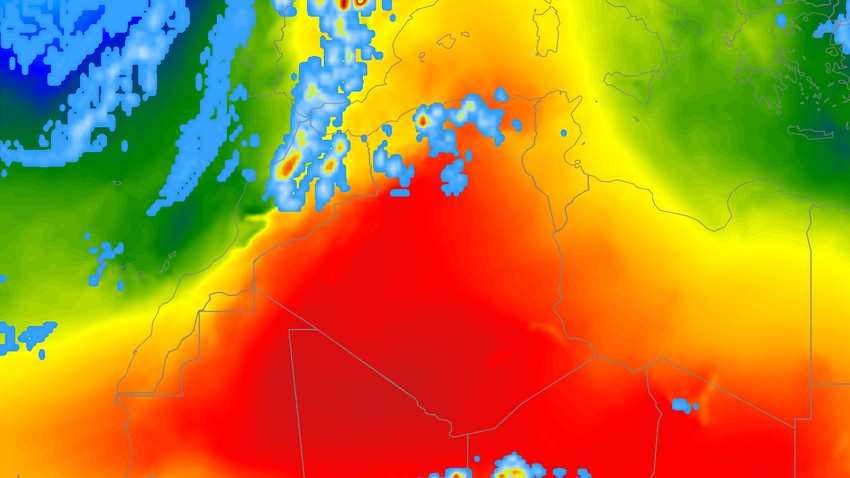 Arab weather - Weather updates still indicate that Algeria will be affected next week by a hot air mass coming from the Algerian desert, in conjunction with the emergence of unstable weather conditions in parts of the Republic of Algeria.

A hot air mass is rushing towards Algeria

There is an increase in temperatures during the week, as a result of building a strong air rise in all layers of the atmosphere in the northwest of the African continent, to become 4-6 degrees Celsius higher than their rates for this time of the year; This makes the weather relatively hot to hot in the northern parts and very hot in the rest of the regions.

Unstable weather conditions in many areas

Algeria is affected by a state of atmospheric instability; As a result of the progress of an upper air depression in the upper layers of the atmosphere and an extension of a temperature depression in the Algerian desert on the surface layers, and gradually quantities of medium and high clouds appear over large parts of the country and the opportunity is created with the noon and evening hours on a daily basis for showers of thunderstorms in separate and random parts of Algeria. It is abundant locally or in some narrow geographical areas, especially the northern and western regions. 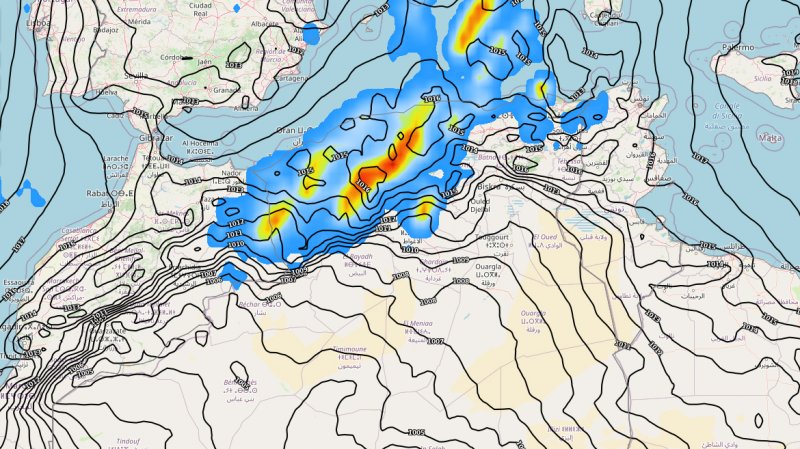 It is expected that these rains will be accompanied by a great activity of surface winds that are expected to cause local sandstorms and reduce horizontal visibility in desert areas. Winds will be southeasterly to easterly moderate in speed, active at intervals, but they may be accompanied by strong flashes during the passage of clouds thunderstorm cumulus;

In this climate, Arab Weather warns of the need to adhere to the following instructions: