Algeria | A hot air mass will continue to control the Republic next week, amid unstable weather conditions in many areas 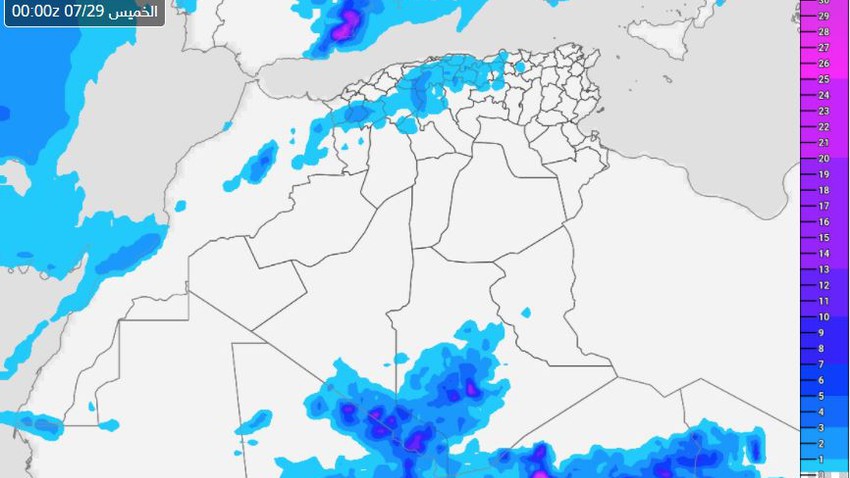 Arab weather - it is expected that the effect of the hot air mass will temporarily decline on Monday and Tuesday from the northern regions, so that temperatures drop significantly in some areas, especially the northwest, but as of Wednesday, the upper atmospheric high latent over Algerian lands will gradually intensify, as a result of which the temperatures rise Once again, to reach higher than normal levels, amid unstable weather conditions prevailing in many areas.

The effect of the hot mass decreased on Monday and Tuesday

The latest outputs of the simulated numerical models indicate an expected decline in temperatures, especially in the northwestern parts. Despite this, the Republic in general remains under the influence of the hot mass, and the weather turns into a relatively hot summer over the high mountainous heights, while the weather remains generally hot in the rest of the regions. In the afternoon and evening, some medium and high clouds appear, with the possibility of some local showers of rain in a limited range of the northern interior and the far south of the Republic, and in conjunction with that, the winds are volatile in direction and are exciting to dust and dust in some areas, especially the desert. 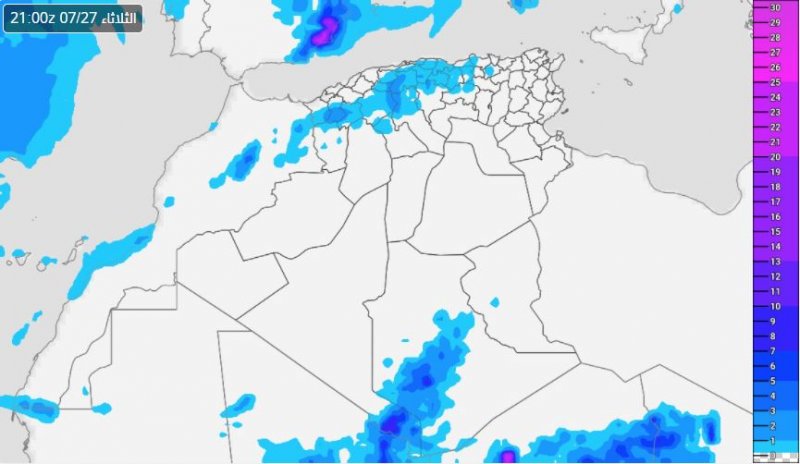 During the night hours, a remarkably warm atmosphere prevails in most of the central and southern regions, while it is generally moderate in the northern regions, including the coastal ones, with high surface humidity levels with late night and early morning hours, which may form light fog in some The northern interior regions, may extend to a limited extent to parts of the coastal regions.

A new rise in temperature from Wednesday

In the details, it is expected that temperatures will rise again from Saturday gradually, to be much higher than their rates for this time of the year, so that hot weather will prevail in the northern parts, especially in the afternoon and afternoon hours, while it is very hot in the central and southern regions, and the opportunity will be Prepared for local showers of rain in limited areas of the country, especially the southern ones. The winds will be easterly moderate in speed, active at times, and be dusty and dusty. 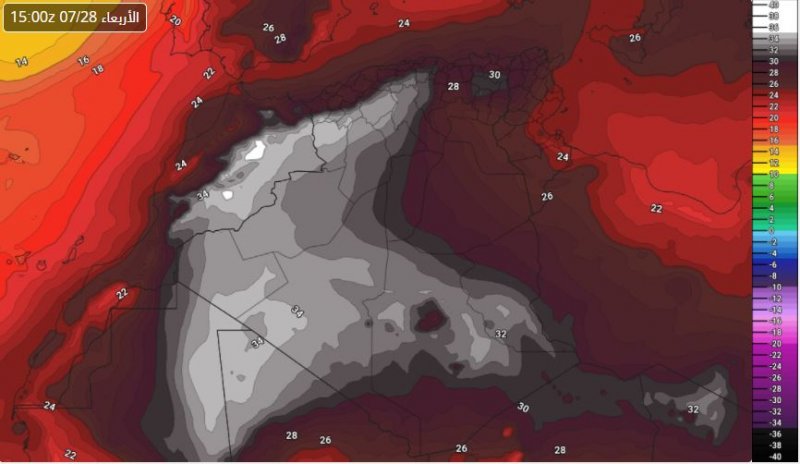 Arab weather advises citizens not to be exposed to direct or prolonged exposure to the sun, especially during the afternoon and afternoon hours, and to avoid exerting physical exertion during the peak heat hours, i.e. between 11 am and 5 pm, in order to avoid sunstrokes, especially in the central and southern regions, in addition to the low areas.

It is worth noting that the Republic during the summer months is under conflict and overlap between the influence of the hot masses centered over the south of the country and the extension of the gentle heat masses rushing across the Mediterranean, and the extent of the influence of one bloc at the expense of the other depends on the distribution of air systems in the northern half of the Earth.