Algeria | After a wave of strong rain.. Considerable rain is expected in many areas during the next 48 hours 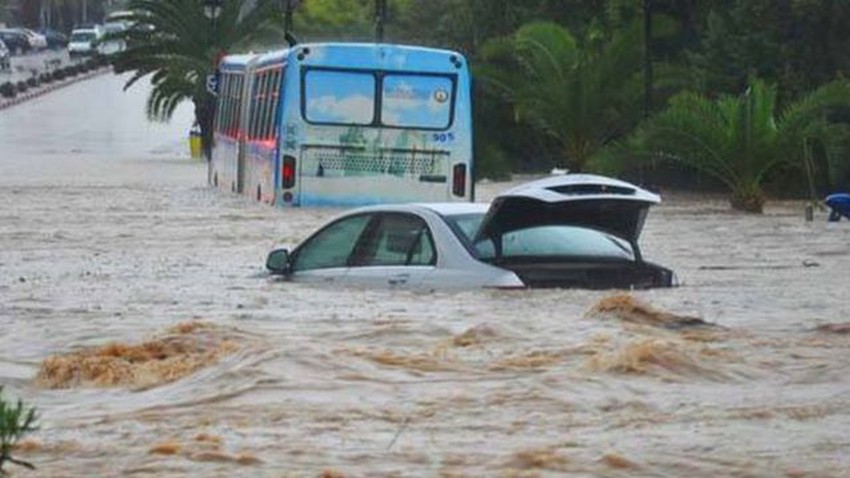 Arab Weather - The satellite images operating in the "Arab Weather" center at the moment of preparing the report (9:30 am on Thursday) show the continued exposure of the interior parts of northern Algeria, especially the mountainous highlands, with formations of cumulus clouds accompanied by thunderstorms of varying intensity, and may lead to The flow of valleys and reefs in some areas. 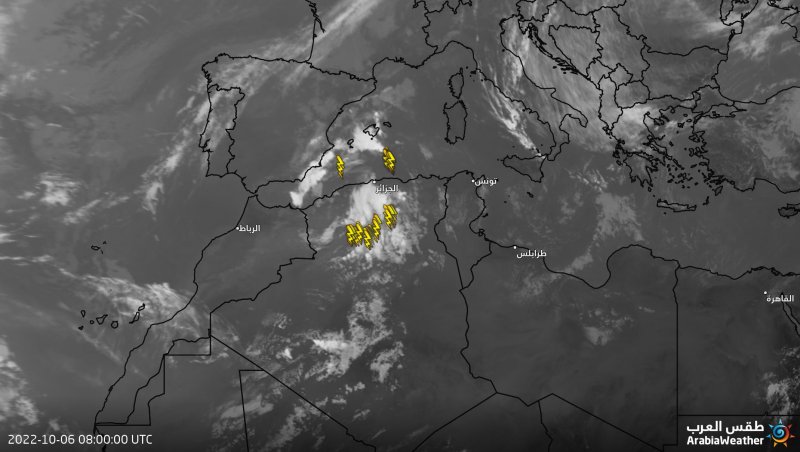 The rain extends tonight to some coastal areas, including the capital

According to the report issued by the Arab Weather Center, it is expected that the northern regions will continue to be affected during the coming hours by unstable weather conditions. Random and scattered from the north of the country with its concentration on the central highlands, and the rain is sometimes heavy and leads to the flow of valleys and reefs.

With the advent of the evening and night, the north of Algeria is increasingly affected by the state of atmospheric instability and is expected to be strong in some areas. The weather is generally relatively cold, with the appearance of amounts of clouds at different altitudes, and thunder showers of rain, God willing, in random areas of the north of the country, with the extension of rainy cumulus clouds to parts of the coastal areas, including the capital Algiers, and some of these showers are heavy in Some neighborhoods and geographical areas are associated with hail, which causes the flow of valleys and reefs and the formation of sudden torrents. These thundershowers are also accompanied by strong gusts of wind.

Thunderstorms continue in many areas on Friday

Unstable weather conditions are expected to continue in several parts of northern Algeria on Friday, so that the weather will be partly cloudy and rainy in random and scattered areas in the north of the country. Some areas. Provided that the area of rain recedes with the evening and night hours and concentrates on the eastern highlands of the country.

Unstable weather conditions will recede, starting from Saturday morning, with chances of thunderstorms remaining in the west of the republic.

Important recommendations regarding the weather during the next 48 hours: