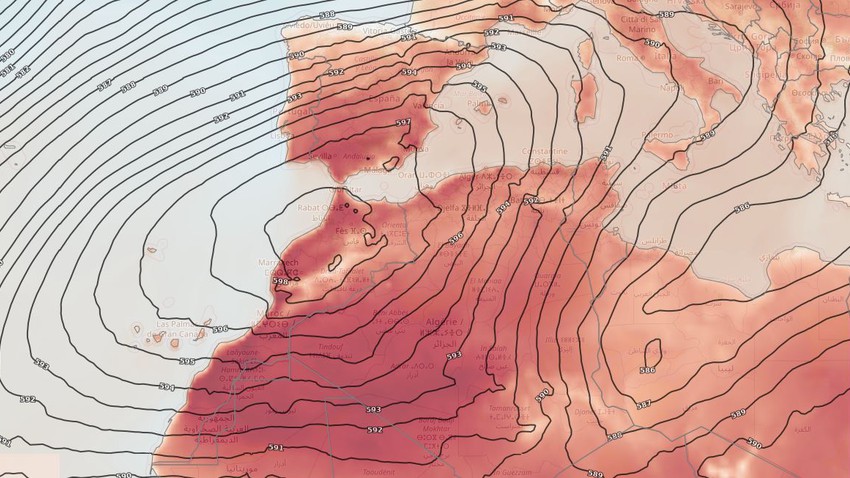 In the details, hot air currents coming from the African desert continue to rush towards western Algeria and all parts of Morocco, especially on Sunday and Monday, so hot weather prevails in the coastal areas, while it is very hot in the rest of the regions, especially in the afternoon and afternoon hours, and temperatures exceed the 45-degree barrier. Centigrade in many villages and cities of Morocco and Algeria, and the opportunity is ripe for local showers of rain in some areas, but at night, relatively hot weather prevails in most areas, including coastal ones. 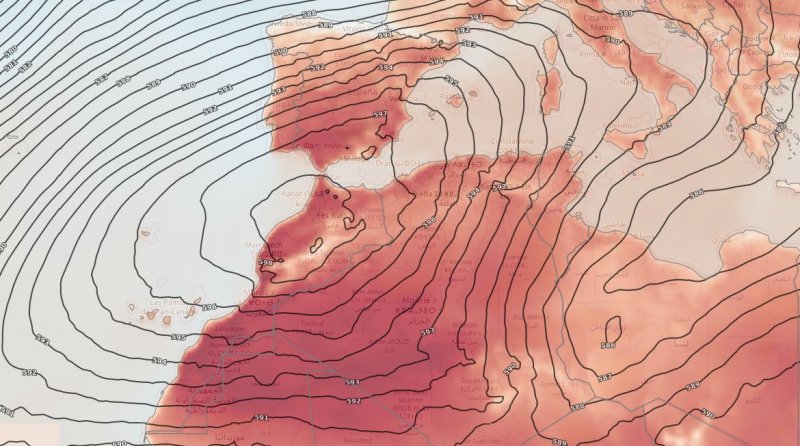 During Tuesday, temperatures tend to decrease slightly in the northern regions, while the decrease is noticeable as of Wednesday and continues to decline on Thursday and Friday in most regions, to become around below their monthly rates in many areas, and humidity levels rise, low clouds appear and light fog is formed. In the interior regions, which would limit the spread of fires in many regions, in conjunction with the increased chances of rain showers in some regions, especially the northern interior of Algeria and eastern Morocco, in addition to the southern regions of Algeria.

Arab weather reveals the reason for the frequency of heat waves in large parts of the European continent and the Arab Maghreb .. Does global warming have a role in it?