Algeria and Morocco | The heat wave continues to dominate the region, coinciding with unstable weather conditions in some areas, Monday 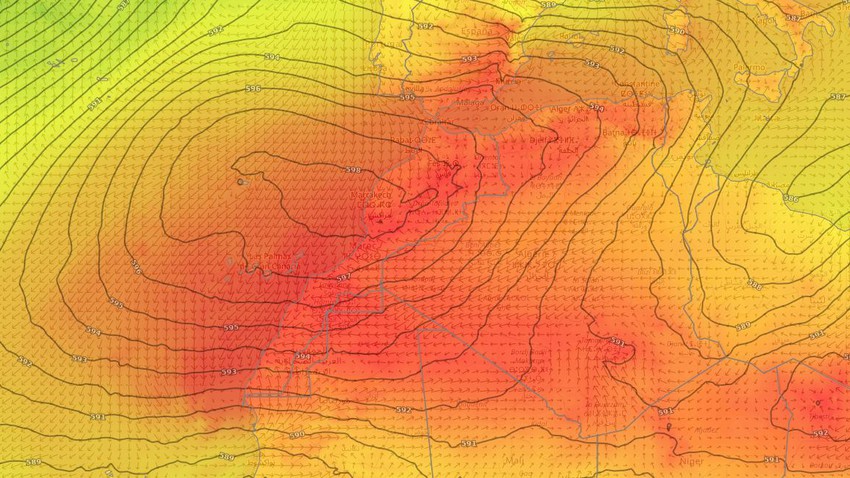 Temperatures are much higher than average

The heat wave continues to dominate the region on Monday

In the details, hot air currents coming from the African desert continue to rush towards the atmosphere of western Algeria, Morocco and Mauritania, so hot weather prevails in the northern coastal areas, while it is very hot in the rest of the regions, especially in the afternoon and afternoon hours, and temperatures exceed the 45 degrees Celsius barrier in many From the villages and cities of Morocco and inland Algeria. 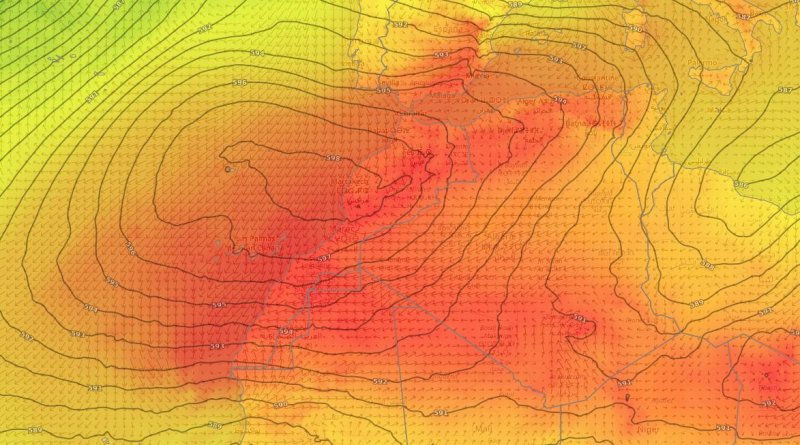 As for the night hours, a relatively hot atmosphere prevails in most of the central and southern regions, while it is remarkably warm in the northern regions, including the coastal ones, and quantities of clouds appear and the opportunity is ripe for local showers of rain in the northern interior regions of the Republic of Algeria.

This atmosphere comes as a result of the control of the upper altitude in the north of the African continent, a hot air mass rushes from the African Sahara towards the depth of Algeria and Morocco, as the air altitude in the upper atmosphere heats the air in the lower atmosphere due to a dynamic process characterized by heating under pressure, through The recoil of rising air currents from the surface of the earth, and the emission of "sunken currents", causing a rise in temperatures.