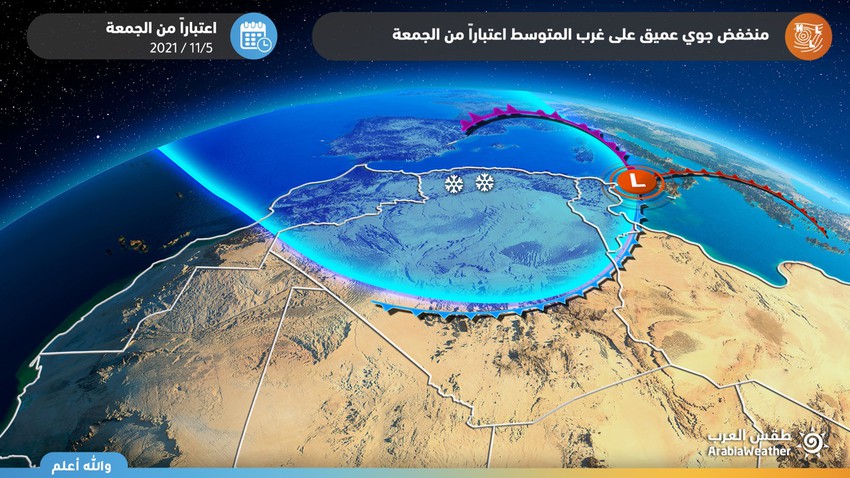 Arab weather - Our weather forecasts in Arab weather strongly indicate that large parts of Algeria and Tunisia will be affected by a cold air front during the weekend, bringing strong winds and heavy rain, as well as a significant and tangible decrease in temperatures in several regions, and these details:

If you are browsing from your phone, you can download the Arab Weather application, which provides accurate weather forecasts for thousands of regions in the Maghreb, from here.

In the details, it is expected that the entire northern region of Algeria will be affected by an air depression on Friday. To include large parts of northern Algeria with its focus on the western parts, and there is a chance of snow showers over the high peaks.

The depression is accompanied by precipitation in northern Algeria, estimated in quantities ranging from 70-120 millimeters during the period of its impact, and is also accompanied by showers of hail and possibly thunderstorms, and snow showers that may accumulate slightly in the western peaks. 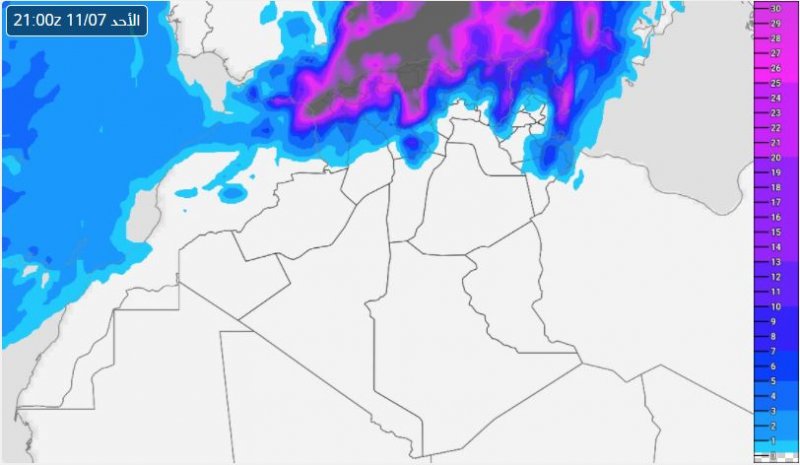 It is expected that the rains will cover the north of Tunisia on Saturday in varying degrees.

This atmosphere is accompanied by a significant decrease in temperatures, so that cold weather prevails in all regions with an opportunity for fog to form over the high mountain peaks due to the clouds touching the surface of the earth. The chances of fog include the high neighborhoods of Algeria and Tunisia.