Algeria and Tunisia | Expectations of the continuation of active weather disturbances until the first days of the holy month of Ramadan, God willing 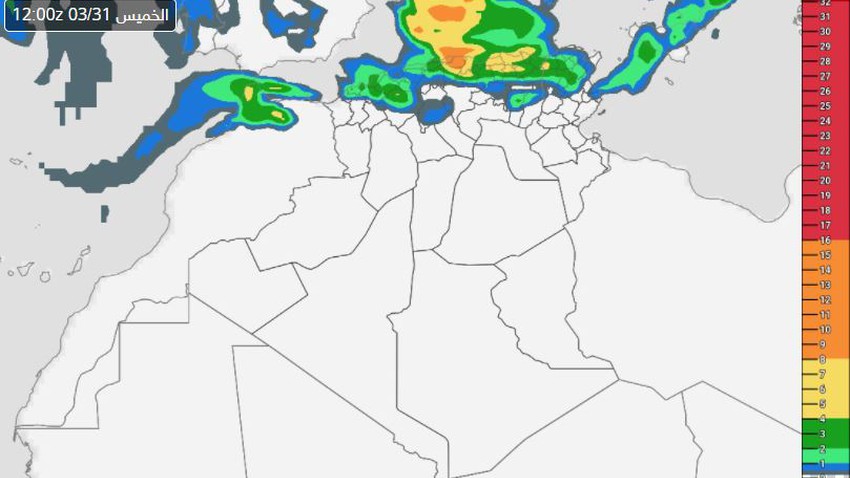 Arab weather - For several days, large parts of Algeria and Tunisia have witnessed active weather disturbances accompanied by heavy rain in many areas, praise be to God. Computer modeling maps indicate expectations that these atmospheric disturbances will continue in many areas until the first day of the holy month of Ramadan, corresponding to astronomical April 2, 2022, God willing.

Areas concerned with rain in the coming days

The rains focus on northern Algeria and Tunisia

In the details, several parts of Algeria and Tunisia are still affected by a state of instability resulting from the deepening of a seasonal desert depression over the Algerian desert, working to pump moisture from the African tropics, in conjunction with the approach of a cold air mass in the upper layers of the atmosphere, which worked on Thermal imbalance and the proliferation of cumulus thunderclouds in many areas, thanks to God. 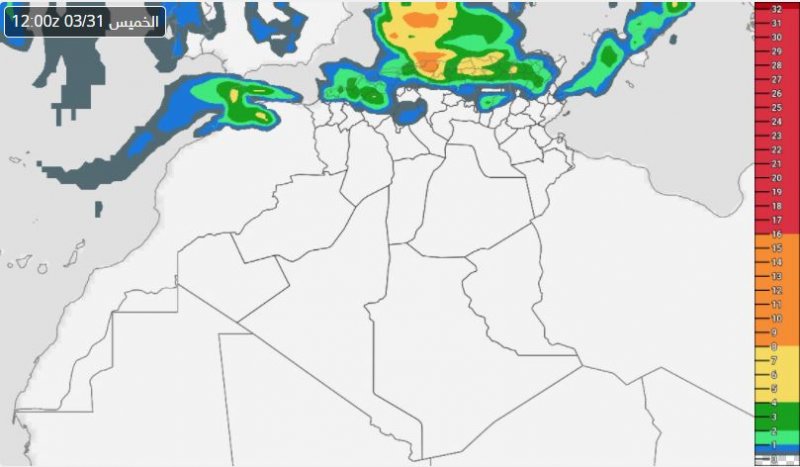 Computer modeling forecasts through the Badr system developed by Arab Weather indicate the continuation of weather disturbances on Thursday and Friday in the northern regions of Tunisia and Algeria, with the concentration of rain on the northern coastal strip. . It is expected that the rainfall will gradually recede on the first day of Ramadan (astronomical Saturday) in most areas, with the exception of parts of the northern coastal areas of Algeria and Tunisia, God willing.

During the impact of weather disturbances, Arabia Weather warns of: