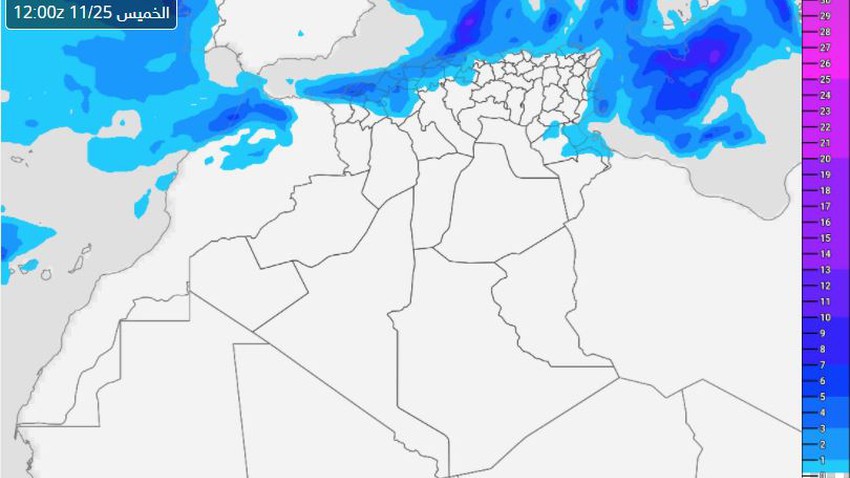 Arab weather - It is expected that the influence of the cold air front will decrease from the atmosphere of Algeria, while Algeria will become under the influence of humid northwestern currents that intensify rain clouds in some areas, God willing.

If you are browsing from your phone, you can download the Arab Weather application, which provides accurate weather forecasts for thousands of regions in Algeria, from here.

Areas concerned with rain on Thursday

In the details, it is expected that the influence of the moist northwestern air currents rushing from the Mediterranean will deepen, so that the temperatures continue to drop further on Thursday, to be several degrees lower than their rates, and amounts of clouds appear at medium and low altitudes, and the weather will be cloudy. Partially over all regions, especially in the northern regions, with showers of rain in coastal regions and some inland regions. 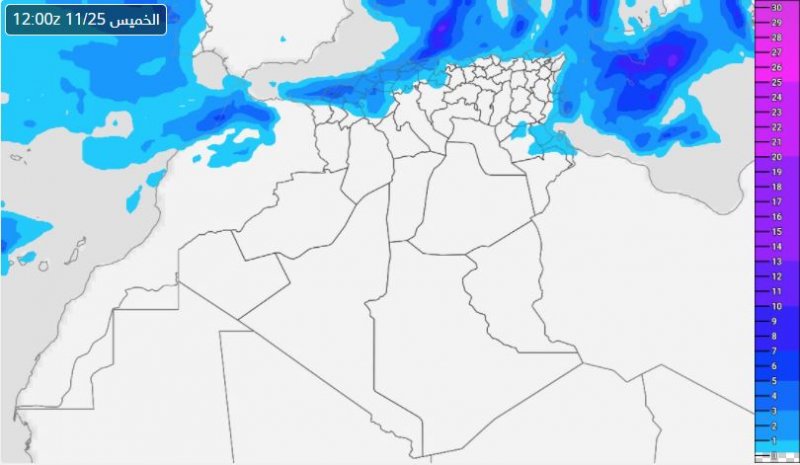 The rains will be of varying intensity, and rain may be accompanied by thunder if it occurs. The winds will be northwesterly moderate in speed, active at intervals and accompanied by strong gifts that cause dust in desert and open areas.