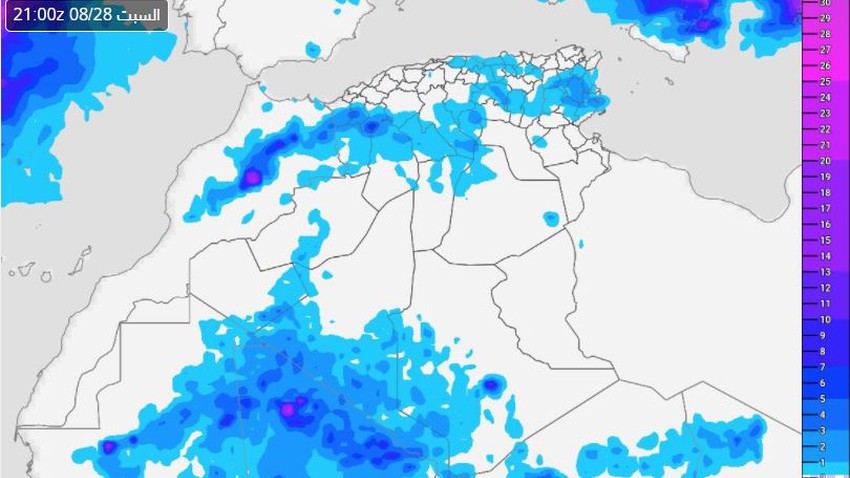 Arab weather - Some maps treated internally in Arab weather indicate an expected continuation of the development of cumulus clouds over the northern interior regions in addition to parts of the southern regions, accompanied by showers of varying intensity, sometimes heavy, and the following are the details:

Thunderstorms in many areas

In the details, the latest forecasts indicate the continuation of the flow of moist air currents towards the interior of northern Algeria, so that the opportunity is prepared for showers of rain that are sometimes strong and accompanied by showers of cold, so that the rains are random in nature and in narrow geographic ranges to include areas without the other. Precipitation includes the southern parts, especially the southwestern ones. 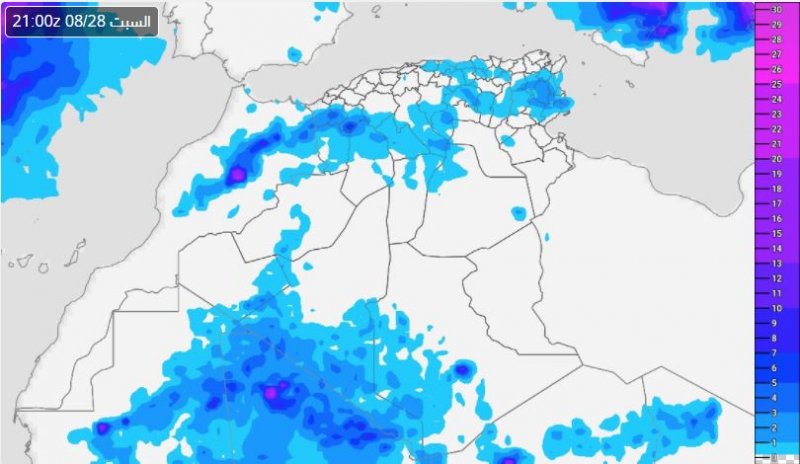 Arab Weather advises everyone to follow up on updates to know everything new about the rainy situation, and we also put in your hands a link to satellite images to follow the development of thunderclouds, moment by moment.