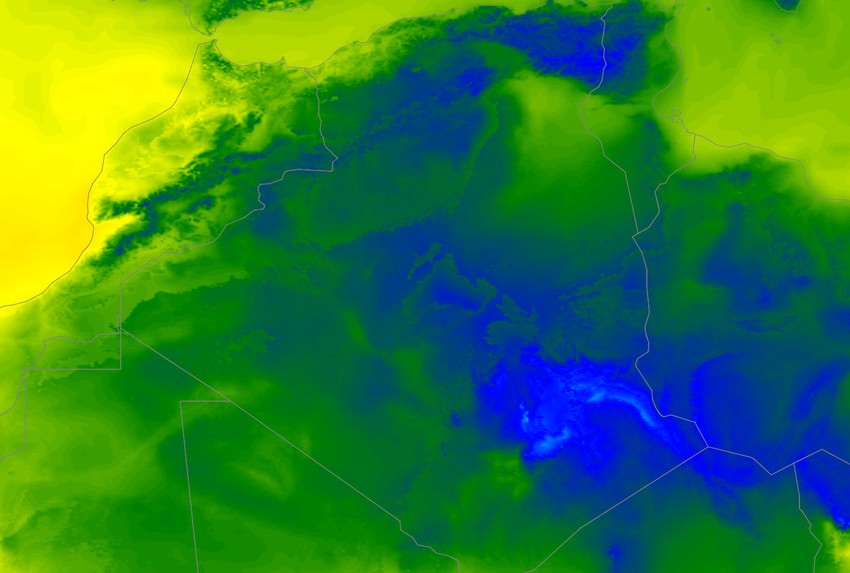 Arab Weather - It is expected that the frost wave that hits many regions of Algeria will intensify on Tuesday night / Wednesday and morning and early Wednesday, due to the stability of the airspace, high air pressure values, and the spread of cold air in the surface layers touching the surface of the earth. These weather conditions will form the frost in Most of the northern and desert regions.

The intensity of the frosty weather decreases during the coming nights, to recede in most areas during the weekend, but it remains constant on the interior and mountainous heights as well as the highlands of Hoggar and Tassili.

The “Pure Valley” in Jordan is among the 3 cities that register the highest temperature in the world on May 20, 2020