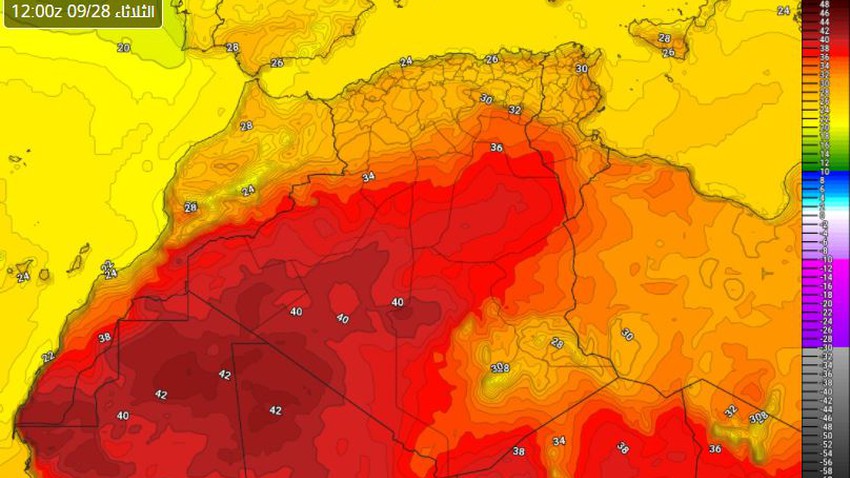 Arab weather - an expected decline in the hot weather that dominates the northern regions of Algeria during the coming days, as a result of the rush of moist northern currents from the Mediterranean that moderate the atmosphere, and the following are the details:

Temperatures return to normal in the north

In the details, the subtropical air altitude that dominates the northwestern region of Algeria is declining, so that the impact of the hot weather in the northern region will gradually decline as of Tuesday, and the decline will be tangible in the northeastern regions to gradually return to their rates, while the weather remains hot to severe. Heat in the rest of the regions of the center and south of the country. Amounts of clouds appear at different altitudes, and the chance is generally weak for scattered showers of rain in some geographical areas of the northern region.

Arab weather advises not to be exposed to direct sunlight for a long time, especially in the afternoon and afternoon hours, and to drink a lot of fluids.