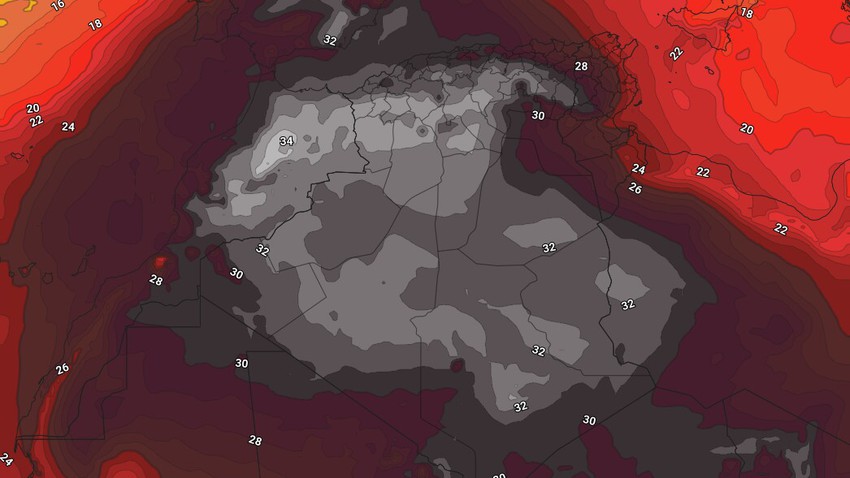 Arab Weather - The latest weather data received by Arab Weather indicates that the Republic is on a date with a new hot air mass as of Tuesday, as temperatures gradually rise above their rates, coinciding with activity in the speed of the eastern winds in the south and center of the Republic, which will be dusty. Dust and a significant decrease in the horizontal visibility.

Gradual rise in temperature from Tuesday

In the details, it is expected that temperatures will gradually rise again from Tuesday, to become higher than their rates for this time of the year, so that relatively hot to hot weather will prevail in the northern parts, especially in the afternoon and afternoon hours, while it is very hot in the central and southern regions. The opportunity is ripe for local showers of rain in limited ranges in the south of the country, and the winds will be easterly moderate in speed, sometimes active, and exciting dust and dust.

During the night hours, a remarkably warm atmosphere prevails in most of the central and southern regions, while the weather is generally mild in the northern regions, and humidity levels are high and fog forms in many northern interior regions that may extend to some coastal areas.

It is worth noting that the Republic during the summer months is under conflict and overlap between the influence of the hot masses centered over the south of the country and the extension of the gentle heat masses rushing across the Mediterranean Sea.