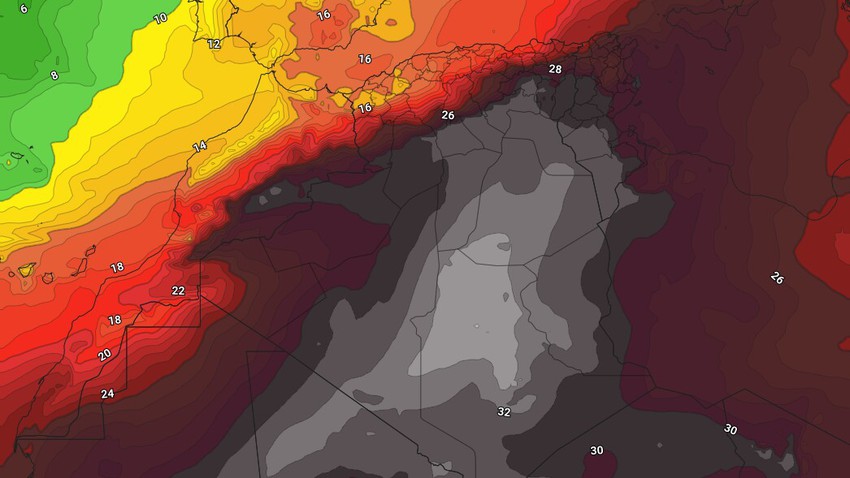 Weather of the Arabs - The weather systems in the Algerian Republic are represented by the concentration of a very hot air mass in the eastern parts of Algeria that extends deep into the interior at intervals, while the coastal and northwestern regions are affected by moderately hot marine air currents.

Continuing dominance of the hot mass

It is expected that the hot mass will continue to dominate the Republic in the coming days, to be remarkably hot in the southern, eastern and northeastern regions, to be higher than the usual rates for this time of the year by about 6-10 degrees Celsius, while it is about slightly less than its normal rates. In the western and coastal parts, including the capital Algiers, there is a mild summer weather. 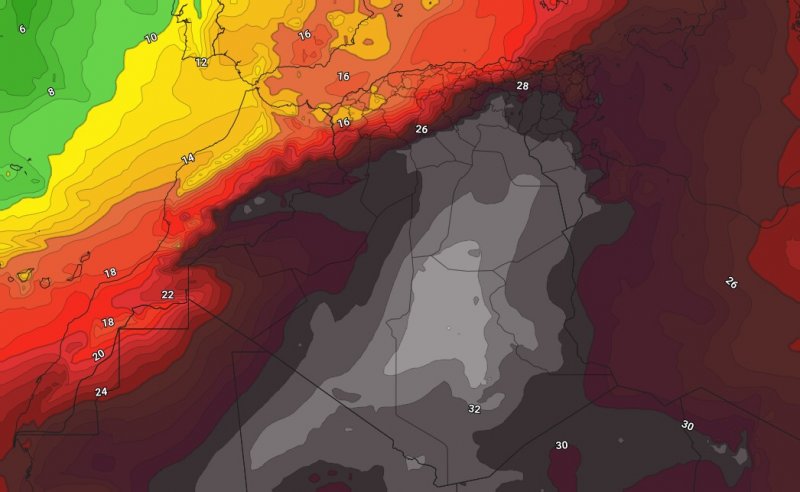 Scattered clouds appear at medium and high altitudes, interspersed with some cumulus clouds in the northern regions, so that thunder showers of rain fall on random and geographically narrow areas during the evening and night hours in the northern regions, concentrated in the eastern states. They are expected to cause localized dust storms and reduce horizontal visibility in desert areas. 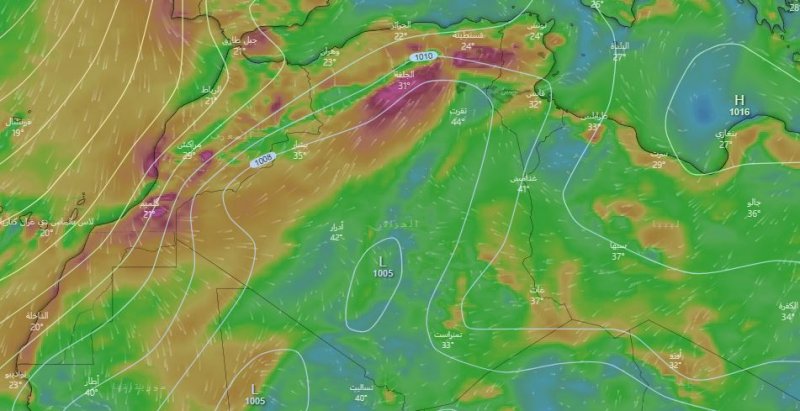 Moderate southwesterly winds blow, sometimes active and accompanied by strong gusts, sometimes exceeding the 80 km/h barrier, so that they are dusty and dusty locally.