Algeria | Once again, a hot air mass is rushing towards the Republic, starting from Wednesday 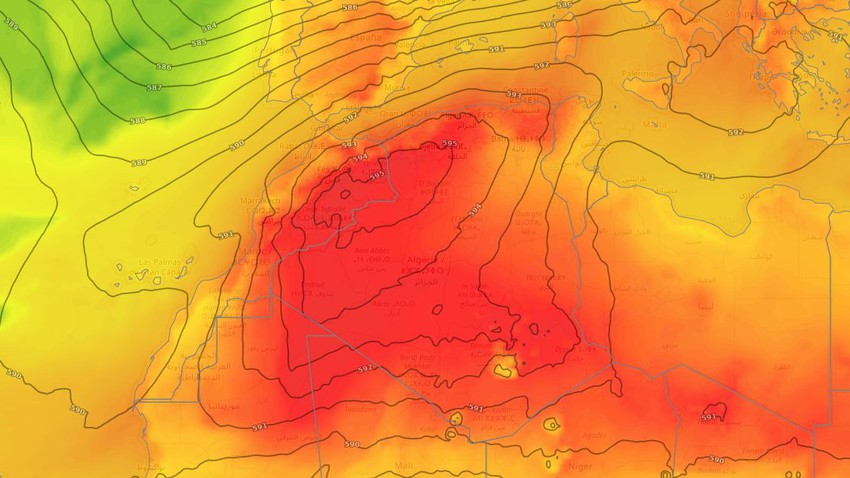 Arab Weather - The latest weather data received by Arab Weather indicates that the Republic is on a date with a new hot air mass as of Wednesday, as temperatures rise significantly above their rates, coinciding with the prevalence of unstable weather conditions in parts of southern Algeria, in addition to parts of Northern interior regions.

Gradual rise in temperature from Thursday

In the details, the temperatures are expected to rise again, starting from Wednesday and during the coming days gradually, to become much higher than their rates for this time of the year, so that relatively hot to hot weather will prevail in the northern parts, especially in the afternoon and afternoon hours, while it is very hot in The central and southern regions, and the winds will be easterly to southeasterly moderate in speed, energizing at times, and causing dust and dust, especially in desert areas. 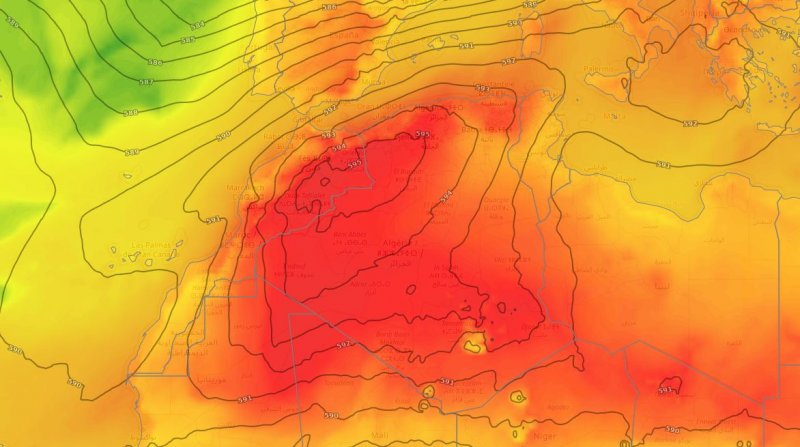 During the night hours, relatively hot weather prevails in most of the central and southern regions, while the weather is generally warm in the northern regions, and humidity levels are high and fog is formed in many northern interior regions that may extend to some coastal areas.

The desert depression deepens in the Algerian desert, which works to pump quantities of moisture to create unstable weather conditions, to be the opportunity for local showers of seasonal rains in some areas of southern Algeria, in addition to an opportunity for local showers of rain in the northern interior regions, The rains are sometimes heavy and accompanied by showers of hail, which may lead to the flow of valleys and torrents, and downward winds that raise dust and dust are active in the areas of thunderclouds activity. 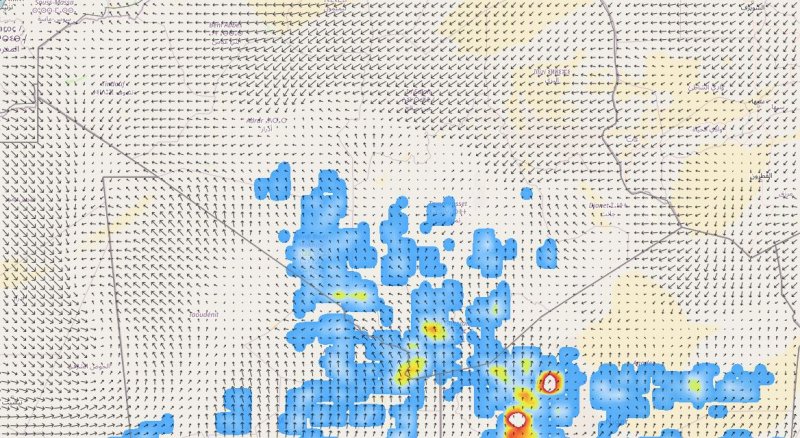