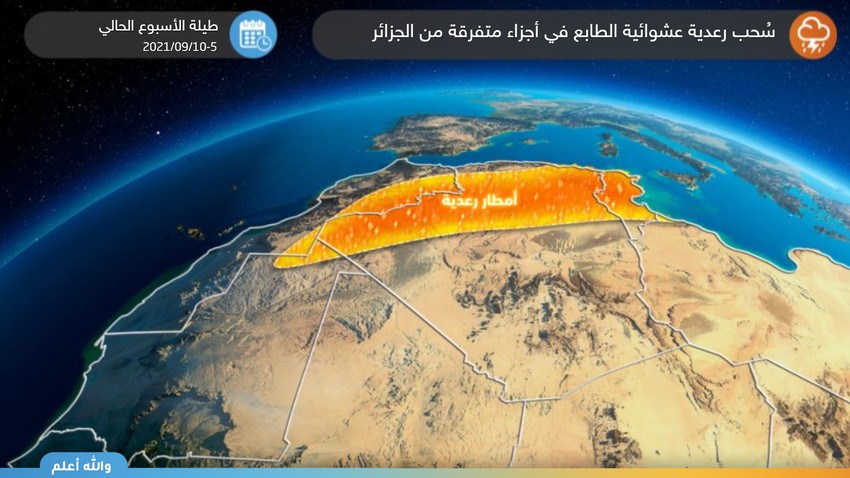 Weather of Arabia - The staff of weather forecasts in Arab weather expected that the interior parts of northern Algeria, God willing, will continue to be affected by unstable weather conditions on a daily basis throughout the current week, after which cumulus clouds multiply to include large parts of the country, and these are its details:

In the details, high and medium clouds, God willing, multiply on a daily basis in the sky of the northern and central parts of Algeria, and the opportunity is gradually created for thunder showers of rain, which are local and random in nature in general, and it is possible that some local dust waves will form in narrow ranges as a result of the clouds’ activity Thunderstorms in some areas, amid expectations that these weather fluctuations will continue at intervals throughout the current week, God willing. 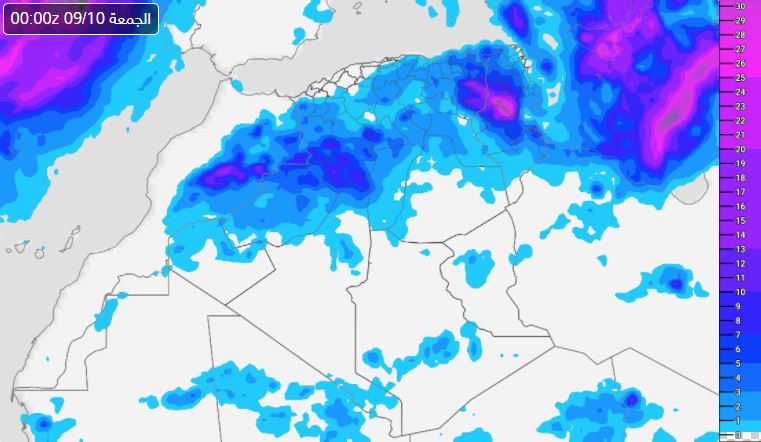 In conjunction with this atmosphere, it is expected that humid sea currents will rush over the eastern parts of Algeria, which will lead to a decline in the hot mass to recede in western Algeria, to cause a great difference in temperatures between the eastern and western parts, so that they are below their rates in all eastern regions, to rise West temperature.