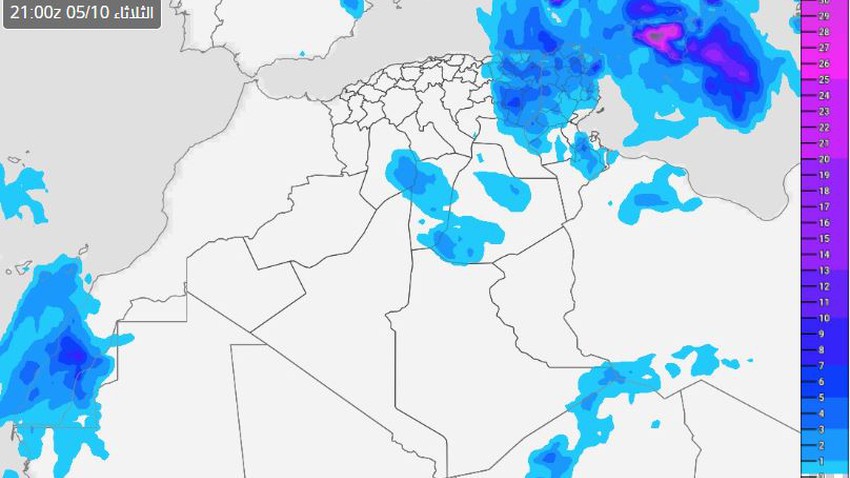 Arab weather - Algeria is expected to remain under the influence of a relatively cold air mass during the next few days, with chances of scattered showers of rain in the east of the country on Tuesday, God willing.

Relative cold weather in the mountains

In the details, it is expected that cumulus thunderstorms and precipitation of varying intensity will continue on Tuesday in parts of the eastern regions of Algeria, including the eastern coastal areas, but randomly and in areas without the other, and rain is expected to be accompanied by lightning and thunder sometimes, in addition to the activity of downward winds that excite dust. and dust, and the accompanying decrease in horizontal visibility sometimes. 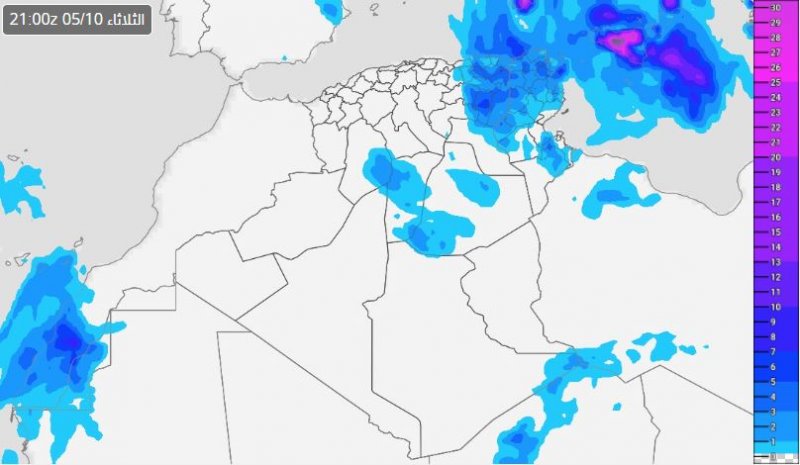 As for temperatures, it is expected that they will remain below their rates for this time of the year, as the weather will be relatively cold in coastal areas and mountainous highlands, while it is pleasant in low areas, God willing.

In conjunction with this weather, it is expected that the hot weather will recede from the coastal areas due to the flow of sea currents from the Mediterranean that moderate the atmosphere and increase the humidity in the atmosphere, while the atmosphere will continue to be hot to very hot in the rest of the regions and temperatures are higher than their rates for such time of year.