Algeria: Snow is expected to start on Thursday/Friday night above the heights of 800 metres, it may extend for a short period without that, and the chance of accumulation is higher in the eastern highlands 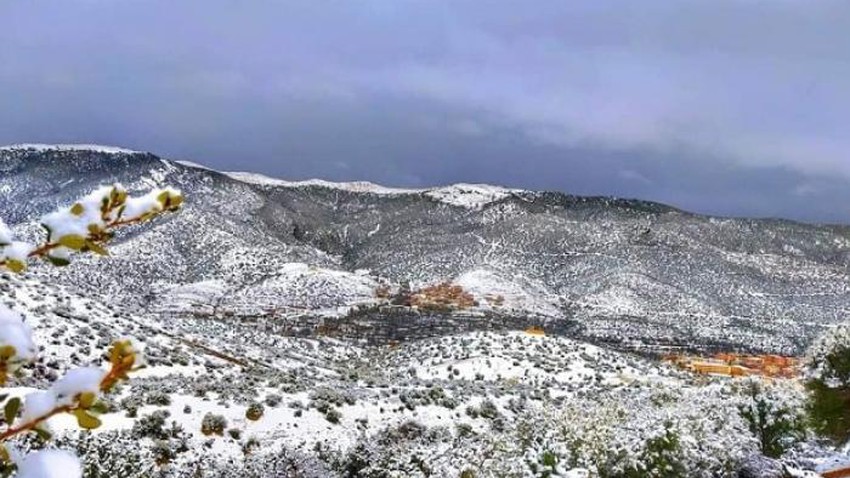 Arab Weather - The Arab Regional Weather Center for Meteorology and Forecasting said that Algeria is affected on Thursday / Friday night by an air depression accompanied by a very cold and polar air mass that rushes into the region and extends the impact of this air depression until Saturday morning, and this depression is characterized by precipitation and snow Significantly low temperatures, and consequently the details of the weather.

Snow is expected, starting Thursday/Friday night, above 800 meters, and it may extend sometimes without that

The latest analyzed weather readings at the Arab Weather Center indicate that the polar cold will be sufficiently penetrating Thursday/Friday night inside Algeria to cause intermittent snowfalls at intervals over the eastern regions that are more than 800 meters above sea level, while most of the central and western highlands are far away. Regarding the direct effects of rainy and icy clouds, it is expected that snow will accumulate in some areas, and the extension of some snow showers at intervals below that height is not excluded.

The eastern highlands have the advantage ... snow accumulated over several areas

As a result of the distributions of atmospheric pressure and wind movement, the path of the clouds laden with rain and snow will be directed towards the eastern regions of Algeria more than it is in the rest of the regions, which means, God willing, rainfall in several areas of eastern Algeria, and snow falling over the high and medium mountain heights and accumulating Also, in a way that sometimes impedes walking on the roads, and it is expected that the chances of snow falling with a height of more than 800 meters will continue until the morning hours of Saturday at intermittent intervals and accumulate as the height increases.

Decreased air activity at dawn and Saturday morning, and freezing is expected

The polar air mass is moving away from the Kingdom with the hours of Saturday morning, so that the air efficiency is clearly declining in most regions, but the temperatures will drop significantly in different regions of Algeria, which will lead to freezing in several parts of eastern Algeria, while frost forms In the rest of the highlands and the central and western plains.