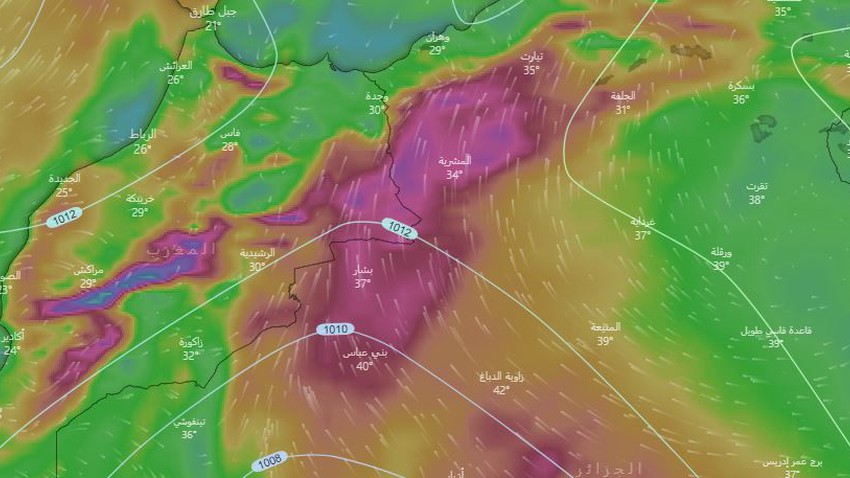 Arab weather - We are still in Arab weather watching the possibility that large areas of Algeria will be affected by fast, active southeast winds, sometimes accompanied by strong gifts, working to provoke a wave of dust and dust, which forms in the desert areas on Monday and then rushes towards large parts of northern Algeria as of today Tuesday, here are the details:

In the details, temperatures will rise further in all regions of Algeria during the coming days, so hot weather will prevail in most of the northern regions, and very hot in the rest of the regions, and coinciding with the country being affected by hot rushing currents from the African desert, the low air temperature deepens to the north of Mali. , which leads to the activity of the southeast winds, accompanied by strong flashes, sometimes capable of creating dust waves. 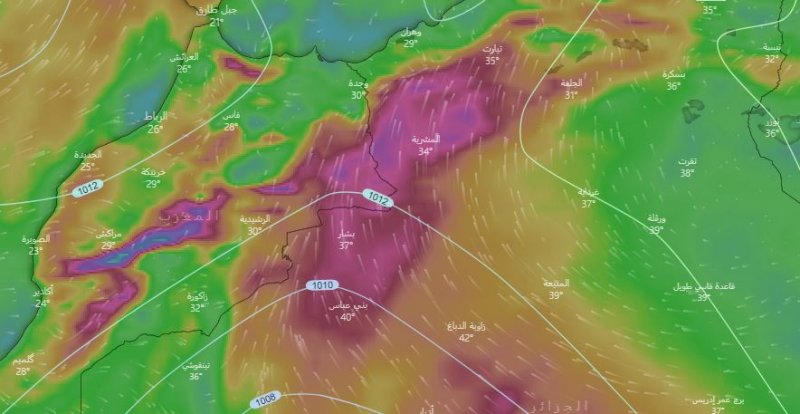 It is expected that the dust wave will begin to form in the African Sahara on Monday, and as a result of the increase in the atmospheric pressure difference between the atmospheric thermal depression and the atmospheric high in northern Algeria, wind activity will increase on Tuesday, accompanied by strong gusts that exceed the 70 km/h barrier in the western regions of Algeria, which leads to The emergence of broad dust waves that mainly affect Beni Abbas, Al-Abadla, and Bashar, passing through Ain Al-Safra, reaching the northwestern parts represented by Al-Qadir, Al-Mashriah, Al-Bayd, and the areas surrounding these states.

Arab Weather alerts respiratory and eye patients to the need to follow the necessary preventive measures to deal with such weather conditions to avoid any complications, and also alerts drivers of low horizontal visibility due to dust.