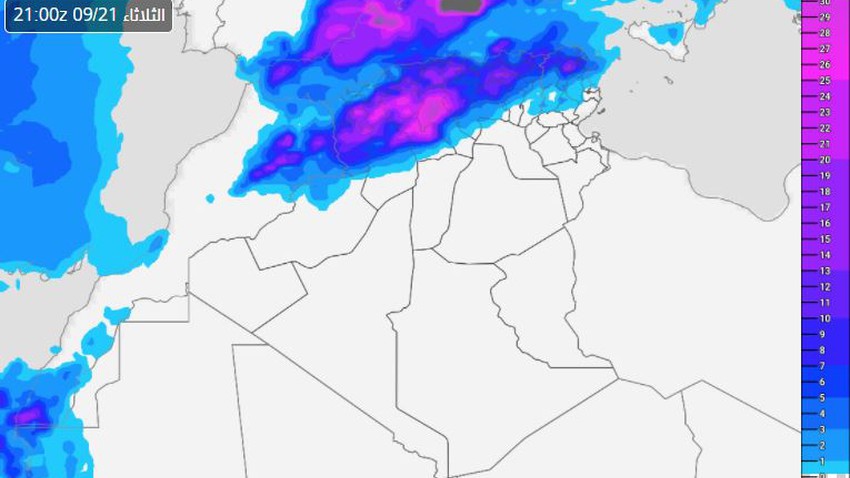 Weather of Arabia - It enters northern Algeria at noon on Monday under the influence of unstable weather conditions, resulting from the presence of a cold air mass in the upper layers of the atmosphere, the western basin of the Mediterranean Sea in conjunction with the rush of moist eastern currents originating from the Mediterranean Sea, and these unstable weather conditions are characterized by strength in In some areas, it is also accompanied by a gradual and noticeable decrease in temperatures in the northern regions, God willing.

The turmoil begins on Monday and intensifies on Tuesday

In the details, and according to the latest outputs of the numerical models, it is expected that weather fluctuations will begin with the hours of noon on Monday in parts of the northern interior regions of Algeria, to intensify with the evening and night hours, and the rains will be of varying intensity from one region to another, and heavy in some Narrow geographical ranges, which may lead to the flow of valleys and the formation of torrents in some areas. 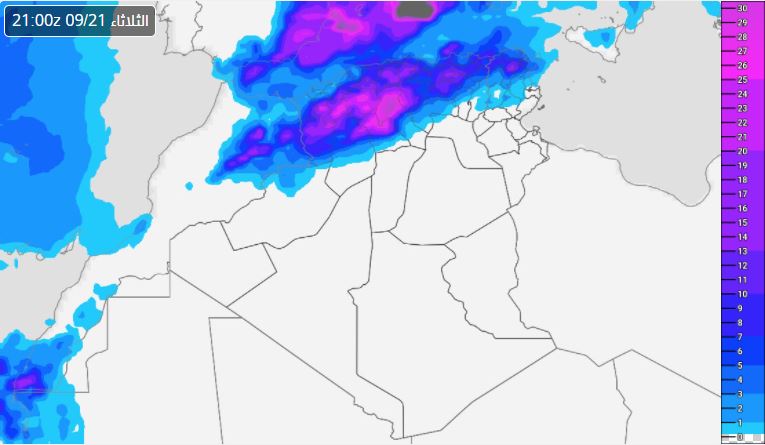 Not only that, but additional intensification of rainy weather is expected on Tuesday, affecting many northern regions of Algeria by the influence of strong cumulus clouds, carrying with them heavy thunder rain and showers of hail that will be dense and accumulated at times, with a high chance of forming torrents, especially In low areas and mountain slopes, some of these clouds may extend to the northern parts of the Algerian desert.

For more details and reports on weather conditions, download the Arab Weather app, from here