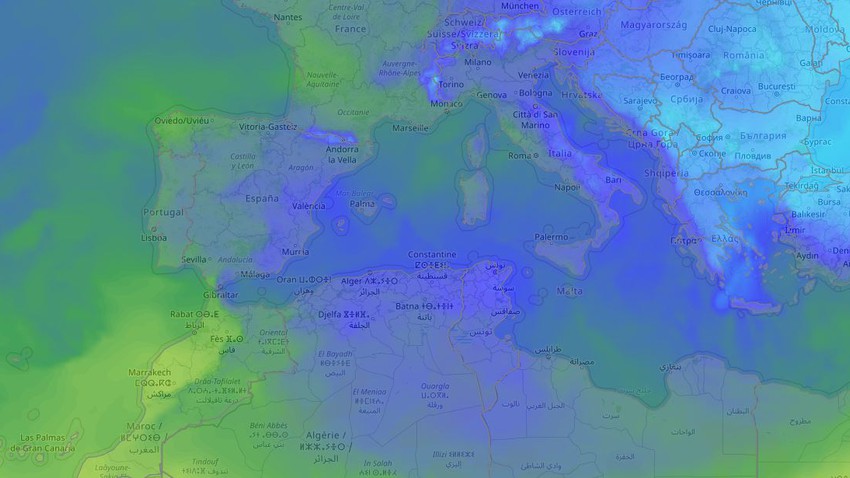 Arab Weather - The weather maps in the Arab Weather Center indicate that Algeria and the rest of the Maghreb countries are on a date with being affected by an extension of the so-called Siberian air altitude, during the coming days, God willing.

In the details, it is expected that the country will be affected by an extension of the Siberian air altitude, as a result of which there will be a decrease in temperatures to become colder than their rates for this time of the year by several degrees. Rainfall in the form of intermittent snow showers on the eastern heights (if any precipitation).

The same weather maps indicate a significant decrease in night temperatures, as of the night of Tuesday / Wednesday, so that the temperatures are below zero degrees Celsius in several areas of Algeria, including neighborhoods of major cities, and the weather becomes very cold in most areas, and may drop Night temperatures in the mountainous heights to levels that can make the weather extremely cold, especially during the dawn hours.

Warning of frost and freezing formation

What is the difference between frost and freezing?