Al-Khatib wants to add it.. the hashtag tops Twitter 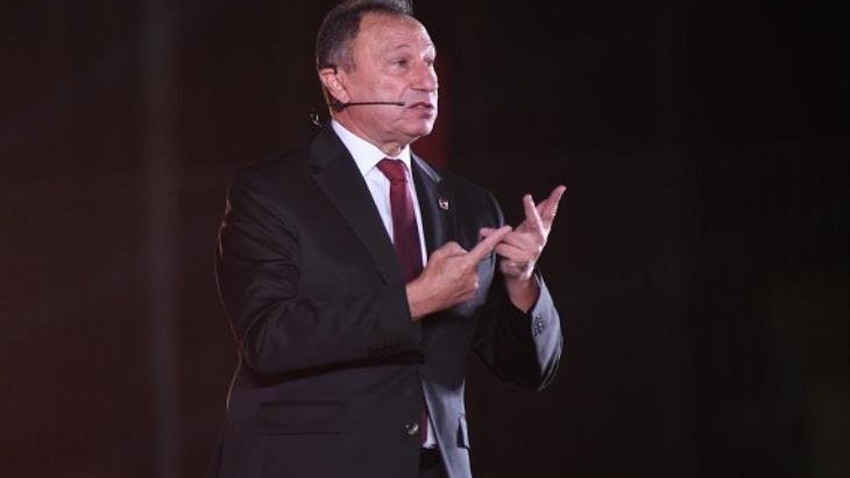 Weather of Arabia - The pioneers of the social networking site "Twitter" expressed their full confidence in the integrity and cleanliness of the hand of Captain Mahmoud Al-Khatib , president of Al-Ahly Club, through the hashtag "Al-Khatib is his hand, we add it", which quickly topped the trend with the participation of tens of thousands of Egyptian football fans.

The participants in the hashtag expressed their full confidence in Captain Mahmoud Al-Khatib, the legend of Al-Ahly Club and Egyptian football, and their full support for him against the campaign launched by some against one of the symbols of Egyptian sports.

The participants stressed that Al-Khatib was witnessed by all the supervisory authorities for his integrity and hand hygiene, starting with the Public Prosecution, the Illicit Gain Agency, the Central Organization for Accountability and Administrative Control, and ending with the Long Live Egypt Fund. What the Sheikh demanded after the end of his relationship with Al-Ahly.

The participants in the hashtag rejected what some are doing in a systematic way against a symbol of Egyptian sports.

The media, Mohamed Shabana, called on Ahmed Diab, president of the Clubs Association, to apply penalties to anyone who makes mistakes, for example, what happened in the Spanish League and racism in the meeting of Atletico Madrid and Real Madrid, the audience that exceeds unacceptable must be expelled from the stands.

And Mohamed Shabana continued, in televised statements to his “Box to Box” program broadcast on the ETC satellite channel, that every transgressor in Egyptian sports must be held accountable for anyone who makes mistakes, whether a player, referee, administrator, coach or club president.

Shabana added, “The Spanish League announced the expulsion of everyone who practiced racism against Vinicius, very quickly and responded to bad morals, by obligating morals.”

He continued: "Hans Flick's statements confirm his racism towards the Arabs. Did you dream of participating in the World Cup organized by Qatar, after building her country with this thanks and the amount of spending amounted to 120 million dollars?"

Shabana concluded, “The Middle East is underestimating itself, even though we have the human cadres to compete with Europe, and we are of our own making. They have the arrogance they speak of. Look at what Mohamed Salah did in Europe and he became one of the best players in the world.”