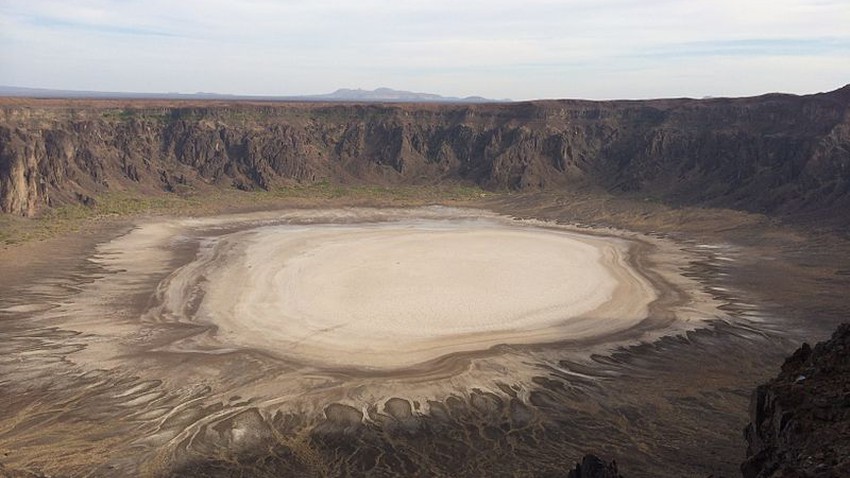 Weather of Arabia - This region is the "crater of terror", the largest hole in the Middle East, formed by volcanic activity that led to an underground explosion that generated steam due to the contact of molten rocks with groundwater, and was previously characterized by volcanic activity.

Some researchers believe that it was the result of a large volcanic eruption, while others are likely caused by a meteorite fall, but there is no proof of that. When you go down a distance of 15 meters from the surface of the earth, it is noticed that there are many palm trees and plants that grow on small water springs, and when you go down the hole, you find a few desert herbs and arak trees that quickly disappear as you head into the middle of the hole [3], which is a salty floor covered by The salt forms a white color that can be clearly seen from the top of the crater.[4]

The deepest volcanic craters in the Kingdom; The Al-Wa'a crater or alluvial quarry is about 220 meters deep from the surrounding ground level, while its diameter is about 2,000 meters.

Emergency landing for 12 Ethiopian planes in Khartoum within 6 hours